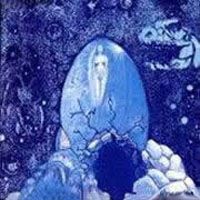 Mexican guitarist/keyboardist Marco Gomez surprisingly does all the instrumentation on this collection of self-penned instrumentals. I say this because when listening to the songs, the guitars and keyboards are of such different styles that you'd never guess it was the same person. The first track, "Palomas de Crystal," quickly develops a fast pace and is highlighted by a blistering Randy Rhoads style guitar solo over a 5/4 backdrop — not a bad opener. A lot of the guitar playing on the album is from the school of metal, and boy does Marco dig that whammy bar! The keyboards are a completely different story. Track three, "El Encuentro," opens with some New Age synths that bring Yanni to mind. The next song, "Tria," starts with some Baroque harpsichord, then develops a very Spanish flavor, a lot like "Manantial" from Iconoclasta's debut, but not as good. It's even in the same key. Another track, "La Cueva," sounds like it could be music from Halloween (the movie, not the band) — a very dark sounding song with lots of odd meter and eerie voices that made me get up and turn the all the lights on. For the most part, all the songs are keyboard, bass synth, and drum machine background with guitar leads on top. While this might sound like a strange combination, and it is, Marco is able to pull off combining heavy metal guitar with classical and new age keyboards with good results. The strengths of this album are the variety of styles covered: New Age, classical, traditional Spanish, heavy metal... and the metal guitar work. Fans of Mexican bands like Iconoclasta will certainly like some of the tracks, and there is plenty of flashy guitar for those who enjoy that. Marco should hook up with a drummer and bassist for future efforts. The drum machine and bass synth lines grate on the nerves after a while because most of the drum programming is mundane. Many tracks don't have a single tom hit in the entire song!

Camel - Harbour of Tears – Camel's latest album is a rather moody, somewhat slow-moving concept surrounding the events which take place in a small town on the Irish coast. Harbour of Tears is again (like 1991's Dust and...  (1996) » Read more