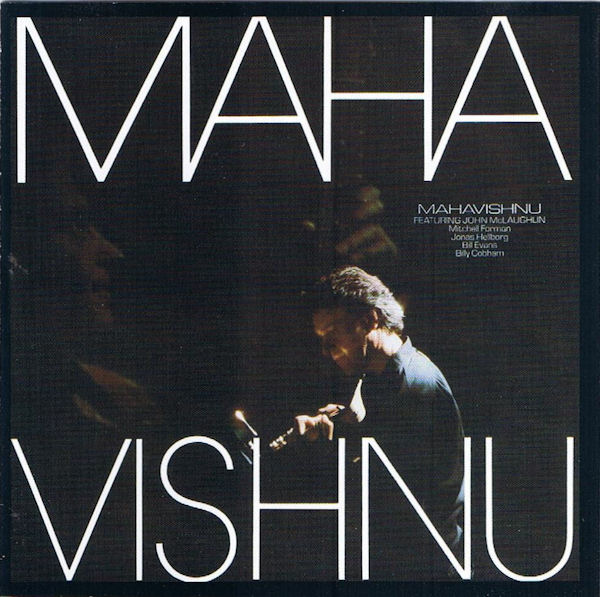 In the late 60s, guitarist John McLaughlin burst onto the jazz scene, playing with Miles Davis and Tony Williams at the very beginnings of jazz-rock fusion. When he formed his own group, Mahavishnu Orchestra, he took the jazz world by storm with an electrifying blend of jazz, rock, Indian, and European Classical music. The Orchestra disbanded several years ago, as McLaughlin experimented with all-acoustic music and solo albums. Now the band is back with a shortened name and a streamlined sound. Gone are the elaborate orchestrations and large group of musicians. McLaughlin's guitar playing is astounding, with both lightning licks and lyrical melodies. His use of the new guitar synthesizer is never inappropriate; he alters his sound to fit the mood of the piece. Billy Cobham, the other remaining original member, is the driving force behind the music. His drumming is better than ever, reflecting the assimilation of all the world's percussive styles by a mind with an incredible rhythmic sense. The reformation of Mahavishnu is one of the best things to happen in jazz this year.

I don’t think anyone would argue against the idea that the Mahavishnu Orchestra’s peak was long past by the time John McLaughlin put this version of the band together. McLaughlin probably regarded this as a somewhat different band anyway, as evidenced by the fact that it was originally released just as Mahavishnu (for this reissue, the “Orchestra” is added). Billy Cobham is the only other Orchestra member present, and the role of melodic foil to the guitar and keys, previously filled by violin, is taken over by Bill Evans on saxes and flute. Listeners expecting the manic edge-of-the-seat energy that made the original band’s first few albums so remarkable will be disappointed; while this is no snooze-fest, the whole thing is more polished and mannered, due in large part to McLaughlin’s avoidance of the guitar. Yes, one of the great guitarists of all time recorded an album on which he plays mostly keyboards and “digital guitar” rather than his main axe. Maybe he was just tired of it and wanted to try something different, though he does rip out exactly one excellent solo on the third track. The results are somewhat mixed, for though there are some great moments, on the whole it’s a little too polite to rank with the best MO. Jonas Hellborg is uniformly good on bass, and Mitchell Forman fills the keyboard role admirably. All of which leaves this album as a curiosity in McLaughlin’s career, far from worthless, but not one of the greats.

Glass Hammer - Perelandra – If you're looking for a good keyboard album, then look no further. Glass Hammer has lots to offer in that department. There are some great keyboard parts on Perelandra and the keyboards are most...  (1996) » Read more

Arktis - Arktis, Arktis Tapes & On the Rocks – Arktis have a style like a mix of Cream, Black Sabbath, Steamhammer, and German bands like late Frumpy or Atlantis. Unlike some of the sub-par bands on Garden of Delights, Arktis make up for a...  (2000) » Read more