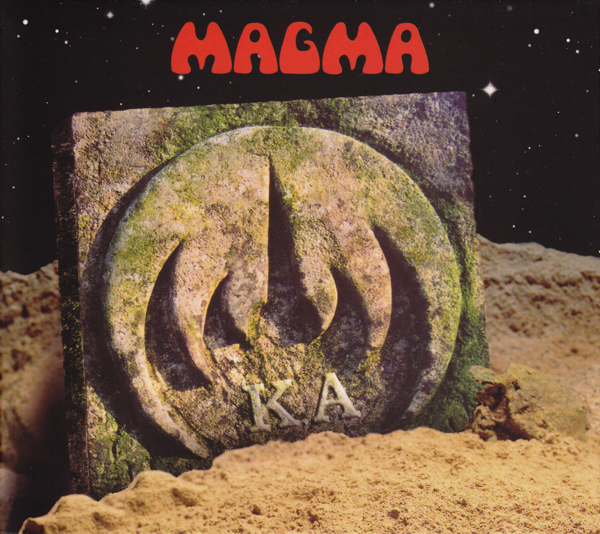 If the Theus Haamtahk Trilogie was Magma's live return to form, than surely K.A. was the group's return to form in the studio. The music from K.A. was all written in the 70s, but very little of it was released on LP at the time. By the time Christian Vander and Co. had gone into the studio to recreate this lost piece, I had heard most, if not all, of it from multiple 70s live shows. But even those scattered pieces didn't really prepare me for the full suite, and it was an instant classic upon recreation and release. If I had to pinpoint my all-time favorite Magma moment it would probably be the "Hallelujah" chorus in the second part of "K.A." — it's the equivalent of taking a hypodermic needle full of goosebumps. There was a point after getting this that I just kept playing that part over and over again, reveling in the way it deconstructs "hallelujah" as a mantra, how it essentially creates a trance state out of it. For the band to be able to reconstruct this composition in the studio and not lose the essence or energy of such an old composition is a near miraculous feat, I'm sure something that necessitated touring the music for a long stretch first. While this is a more polished Magma sound than the band(s) that created the 70s albums, it still manages to be warm, organic, and spiritually akin to them nonetheless. I can't think of too many other bands who have managed to pull of something like this over such a large gap of time, it's the very definition of remarkable.