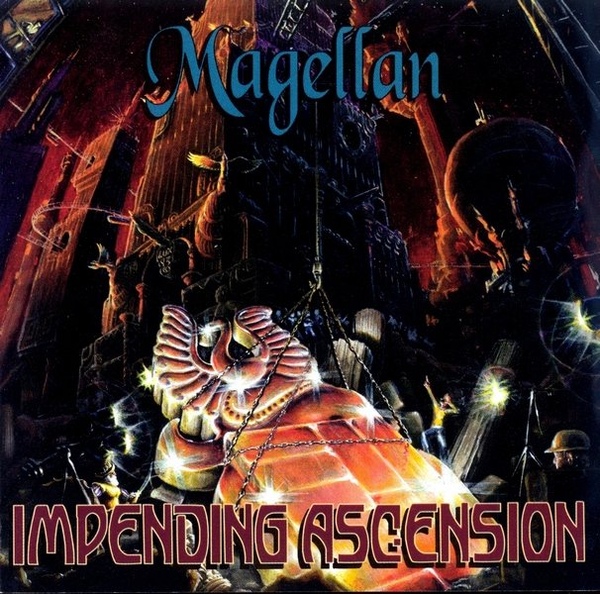 The title of this album neatly fits this group in a certain genre that often verges on a pretentious, overly technical "prog rock" – music somewhere between Rush, Pendragon, Dream Theater, and maybe Mastermind or Echolyn; attempts to merge the complexity of symphonic rock with an accessible flair. Magellan, on their second album, have taken a big step up within these confines with a greater maturity than found on their debut. OK, there's still drum machines, so cast your vote. Me? Nay. Now that that's out of the way, what can be said about the music? The vocals, that are often in a three or more part harmony remind me heavily of Queen. I'm glad that musically they are quite different as for the most part this is some very complex symphonic rock with some brilliant instrumental parts and a heaviness that doesn't quite reach prog- metal like Dream Theater. Besides the fact that this group would take a big step up with a real drummer, my only bitch is that the overall packaging and advertising makes this come off pompous and a bit overbearing, qualities popular music critics love to label progressive music with. Still, Magellan show certain qualities in their music that many neos forget all about such as restraint, and rarely is the music offensive or annoying. Cool down the overblown concepts and concentrate on the music a bit more, Magellan has the talent to make a superb follow up if they replace the robot.