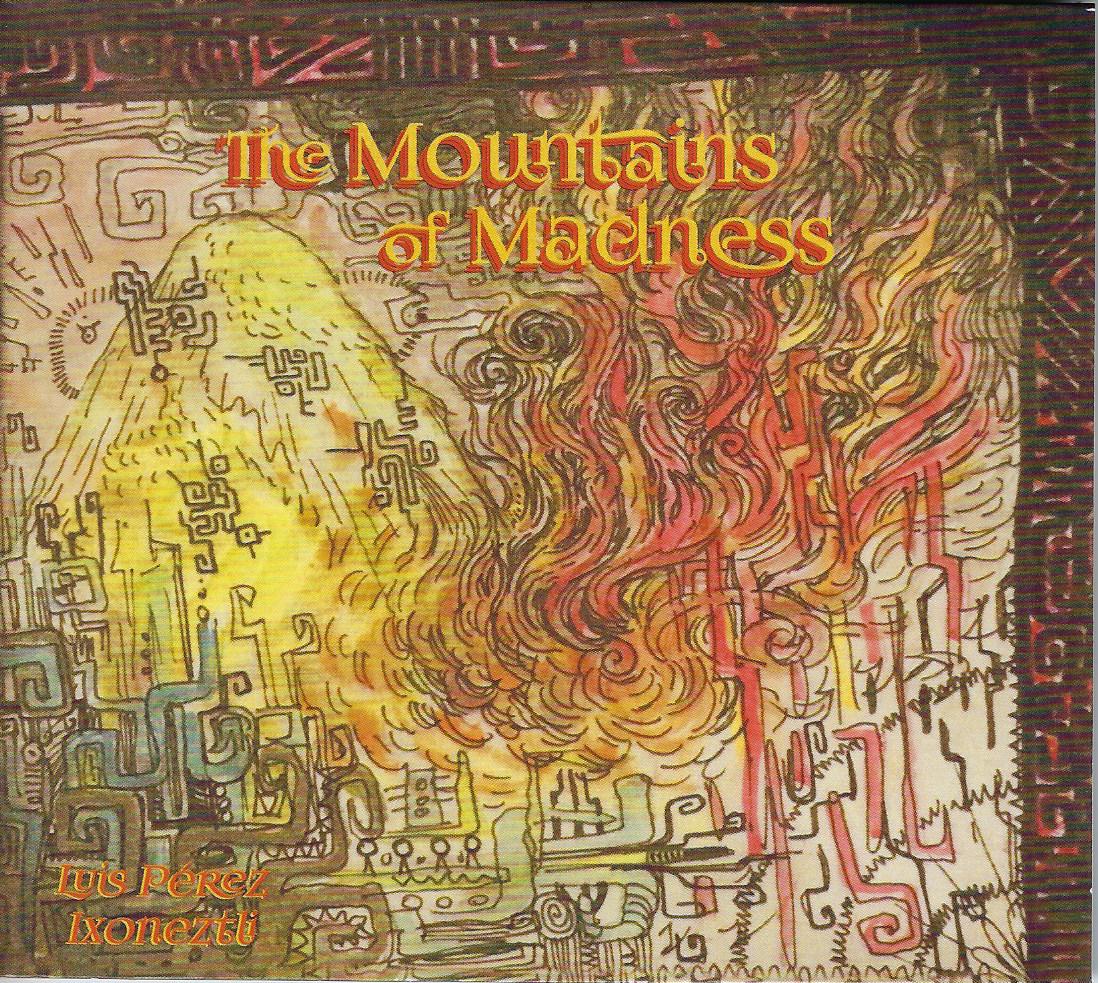 Remember those vintage synthesizers back in the early 60s, before they were attached to keyboards? Those days when electronic music was synonymous with something wildly experimental and free, not tethered to musical scales? The Mountains of Madness is Luis Pérez Ixonetzli’s latest foray into unbridled creativity, partly inspired by old school electronic music (think Karlheinz Stockhausen) and partly a further development of his explorations of the pre-columbian music of Central America, which has been Pérez’ trademark since his debut En el Ombligo de la Luna way back in 1981. Those early instruments (percussion, wooden flutes, whistles, shakers, drums) make appearances here, along with prepared piano harp, berimbau, and oud, plus occasional keyboard. The Moog synthesizer is primarily used for a textural development, wandering through the sonic spectrum much like a theremin at times, merged together with the push and pull of all of the acoustic instrumentation making something of a microtonal fantasy. There are seven instrumental tracks here, several are album side length epics that one can easily get lost within while others are shorter but no less explorative. Track titles like “The Descent,” “The Rupture,” “Vortex,” and “Underwater Transport” describe these sonic adventures well, and offer an idea of where the composer was going with his ideas. Some of the pieces tend to be more electronic with the acoustic elements playing a more minor role, but others tend to be in balance, merging sounds of a thousand years ago with electronic sounds that ushered in a new wave of sonic possibilities only decades ago. The amazing thing is how well these elements all blend together in Pérez’ sonic world like they all belong here in one place. It’s a unique soundworld you’re not likely to find anywhere else.

Isildurs Bane - Lost Eggs – Although they take their name directly from the Tolkien novels, don't be too quick to write this band off. Lost Eggs is a compilation of material recorded from '76 to '93, spanning the history of this...  (1995) » Read more