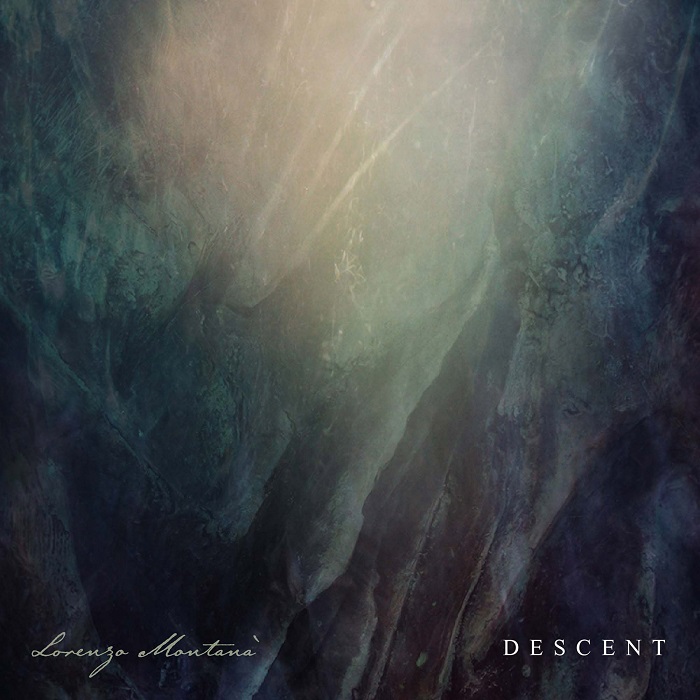 Montanà works in a number of different styles, both as a solo artist as well as with others; his main gig is producing music for soundtracks, and there is no doubt that informs all of the work he does to one degree or another. With over twenty albums to his credit (solo and collaboration) and at least another twenty producing and arranging the work of other artists from ambient, electronic dance music, jazz, classical, and rock, he has worked in and mastered many different genres. From his 2015 Holographic Codex collaboration with Alio Die (which was my introduction to his work) right up to last years’ solo endeavor Tex-True, it’s his intensely creative floating ambient work that does the most for this listener, and it’s unusual in that it takes in much from the soundworlds of acoustic instrumentation (often heavily processed), electronics and synthesizers, found sounds, and brilliant studio production techniques all together into one working whole. Descent is among his finest works of the last seven years or so. Most of the eight tracks here are relatively succinct, with the notable exception of the eleven-plus minute closer “Unknown Passage,” as well as the splendid mine-minute “Inland,” but the dark and moody opener “Between Worlds” exemplifies this, it’s over and done in less than four minutes, yet it has all of the traits that one will find in each of these ambient soundworlds — muted and heavily processed instrumentation, a rich network of meditative soundscapes, a veil of mysterious fog that seems to cloud everything in its path as the piece proceeds, and rich melodies that surface, swirl and decay into the vapor. “Vertical Corridors” seems to be constructed over a gently muted guitar figure that occasionally devolves into beautiful shimmer. With “Corde del Vento,” Montanà descends into a mysterious sonic cavern only to have the melody delivered via gentle spanish guitar with cello supporting. The eight pieces on Descent are at once powerful, emotional, mystifying, and dreamy.