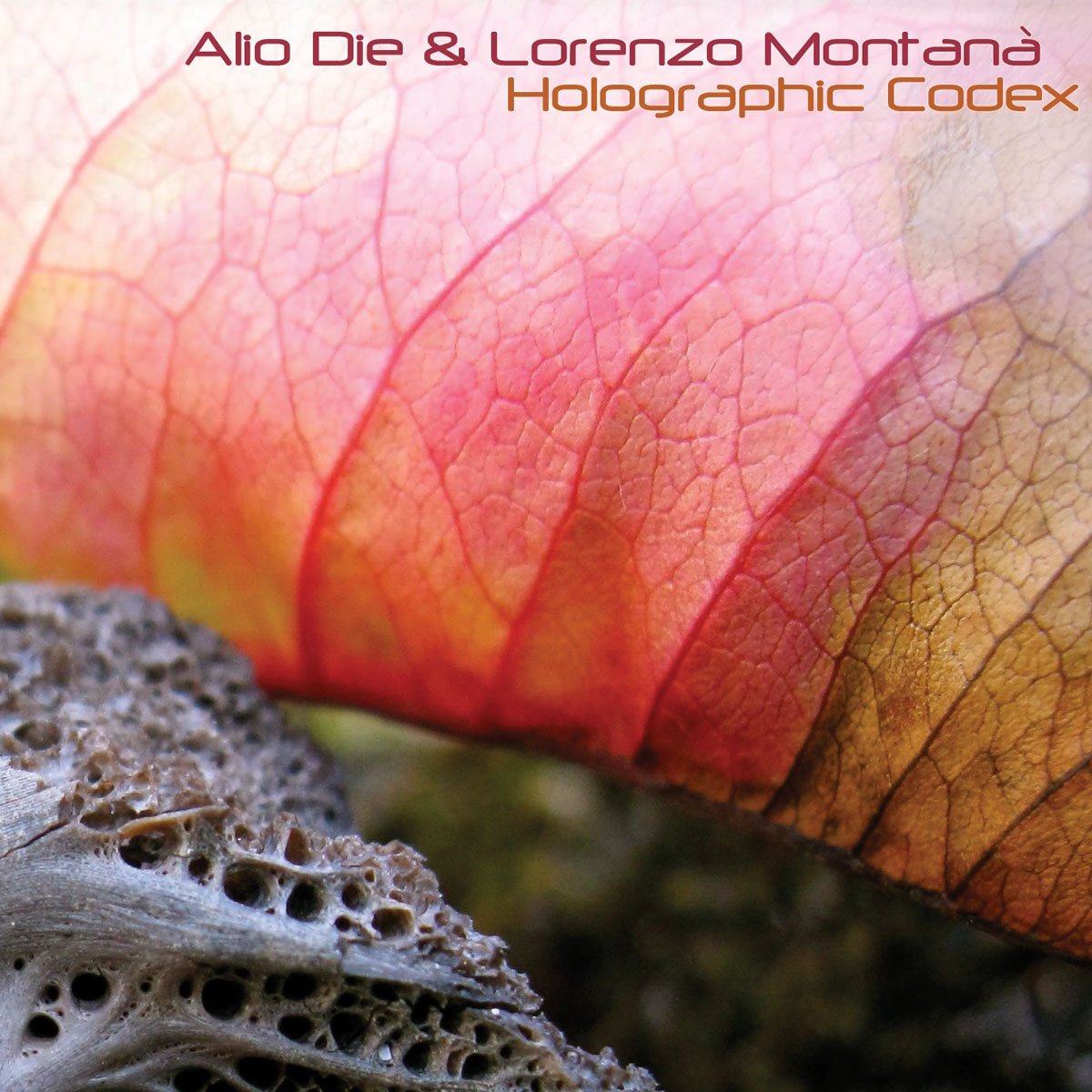 Alio Die is the name of the soundscape / droning project of Italian composer and musician Stefano Musso, covered often in the pages of Exposé, and now as well on our site, with well in excess of 60 releases to his credit, many in collaboration with others. Lorenzo Montanà is an Italian soundtrack composer and producer mostly working in electronic, ambient, and related genres, with numerous scores to his credit. Holographic Codex marks the first time that the two have collaborated, and as one might expect with the backgrounds of both, the listener is in for an evolutionary journey across dronescapes of mystical shimmering beauty, occasionally fused with subtle beats and inundated with blissful textures at every turn. For their parts, Montanà is credited with piano, electronics, echo strings, and effects, while Alio Die is credited with drones and loops, zither, treatments, and field recordings, though trying to analyze how these magical sounds and textures are made may ultimately prove futile, being better left as a mystery. There are some clear trance-like voices – no doubt sourced from those field recordings – at various points along this 63-minute journey, which is presented as seven discrete tracks, a couple breaking the 15-minute mark. This is one of those discs the listener can put on and play in repeat mode for hours on end, getting lost in the world that it creates, while subtle nuances in the shifting and drifting structures and textures reveal themselves with each new listen.