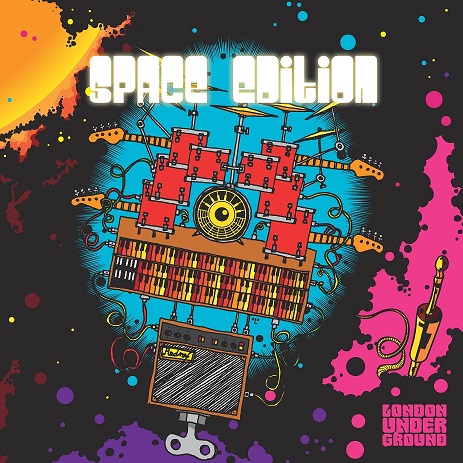 About a year ago I reviewed London Underground’s fourth album Four that was released on Musea in 2018. Then months later Fruits de Mer released a double colored vinyl set called Space Edition, that happened to contain Four as the first disc. The only difference is that the two bonus tracks “Mercy, Mercy, Mercy” and “Bumpin’ on Sunset” are not included on Space Edition. The second disc contains a selection of tracks from London Underground’s first three albums. Today London Underground is an instrumental group, so the second disc provides a glimpse into a selection of their vocal tracks. What we have across both discs is layer upon layer upon layer of heavy Hammond organ dominated rock for some spacey jazzy jams that harken back to Atomic Rooster, Argent, and of course Brian Auger. The second disc contains a number of covers: Arthur Brown’s “Fanfare,” Atomic Rooster’s “Can’t Find the Reason,” Brian Auger’s “Ellis Island,” Jethro Tull’s “Dharma for One,” and Arzachel’s “Queen St. Gang.” The best track on the second disc is “Honey Drops,” with tons of tasty Mellotron and Hammond. And as typical of FdM, this double LP set was a limited run of 300 copies, so it immediately sold out, which is a shame. However, you can still grab a copy of Four on CD.