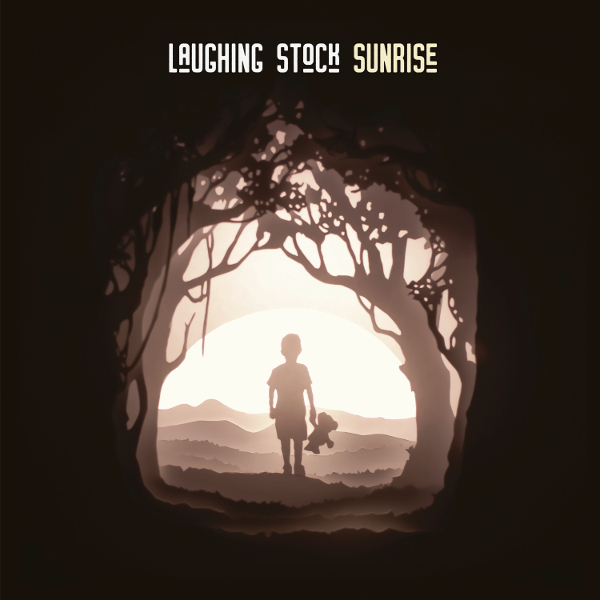 Not only are we seeing a lot of new bands out of Russia here at Exposé, we are also encountering a number of new Norwegian bands as well. The most recent for me is The Laughing Stock. The band's roots date back to 1986 in Tønsberg, and the band has gone through changes over the years. The current incarnation of The Laughing Stock came together in 2017. The band consists of Håvard Enge (vocals, keyboards, and flute), Jan Mikael Sørensen (vocals, guitar, bass, drums, and keyboards), and Jan Erik Kirkevold Nilsen (vocals and guitars). Their vision is quite complex and they flirt with many genres: 80s art pop, 70s prog, neo-prog, folk, and metal, all parts of their unique musical puzzle. They self-released their debut album The Island in 2018. And now, their sophomore release Sunrise is on Apollon Records. Sunrise is a concept album that approximates the lapse of 24 hours. The album opens with title track with a cacaphony of alarms clocks, radio, morning voices, and electronics. The chaos resolves into calm melodic Mellotron-laced prog rock. The dark melodic “Echoes” follows with a familiar 80s sound and engaging guitar solo. Then the band strays into the Dark Side of the Moon paranoia with “Afraid.” The band continues in the Pink Floyd vein with the slow melancholic “Another Me” that morphs into full force David Gilmour-esque guitar work. Then the band presents their emotive instrumental break “Intermission” that carries us through the afternoon. “Sunset” arrives with acoustic guitar and soothing vocals on a warm summer’s eve. The slowly “Fading Light” with acoustic guitar evolves into beautiful twilight music, leading into “Waves” with more Mellotron, flute, and gentle vocals. As we approach the witching hour, we hear “If you are headed to bed shortly, this picture is bound to give you nightmares.” “Darkest Hour” is harsh and melodic King Crimson influenced prog rock with hints of Goblin. And the final minute of the track is pure Italian prog. Breathlessly we face the sooothing “Another Sunrise” that hints at Camel. Quite a pleasurable album indeed.

Marble Sheep - Stone Marby – This album sees Marble Sheep back together in the studio for the first time since about 1993, and a finer example of heavy Japanese psychedelic music I could not name. There are bits of Hawkwind, Pink...  (2002) » Read more