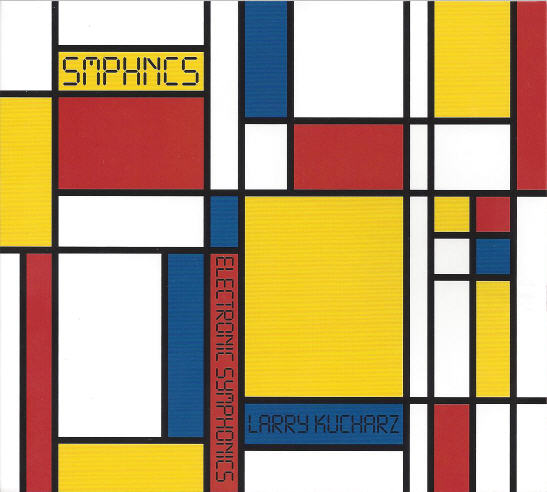 Longtime Exposé readers who have been paying attention will recognize Kucharz’ name as we’ve reviewed nearly all his releases going back to 1998’s Unit 25: Dark Red. Sometimes his electronic works have been closer to experimental techno styles, other times going in more floating ambient directions, but Smphncs is a first of its kind among his recorded output to date. Less than a minute into the opener “Elevator Phantasy Waltz” the listener will recognize that this is a classical composition fully realized with an arsenal of electronics, applying techniques and stylings from many of his previous works in an entirely new way. While much of what’s here seems influenced by the softer more gentle side of Gershwin and Grofe, as well as many of the 19th and 20th century European impressionist composers, conveying a similar sort of playful imagery, changing moods and colorful atmospherics. Astute listeners of Kucharz’ previous works will recognize that all the trace elements of much of his previous work is here in abundance, they are nonetheless assembled in new ways, folded into more ambitious compositions that sparkle, morph, and delight. The program continues with “Adagio 43,” a slower piece with a memorable melodic takeaway. Other pieces like “Toccata 43” explore superimposed faster paced and lighthearted melodies over ambient wash backdrops. “Larghissimo 43” finds a more tranquil comforting ambient zone of slow morphing changes carefully layered over one another, it’s a piece that would have been right at home on one of the earlier works like Computerchoral Green Prints. There are a lot of interesting works here that cover new ground compositionally, but overall Smphncs will leave the listener in a more relaxed, de-stressed state at the conclusion of the eight pieces. And that’s a good thing!

Jean-Philippe Goude - Ainsi de Nous – This album is a collection of small ensemble pieces written by French composer Goude for some really interesting combinations of orchestral instruments. There are no drums, electric bass, or guitar...  (1995) » Read more