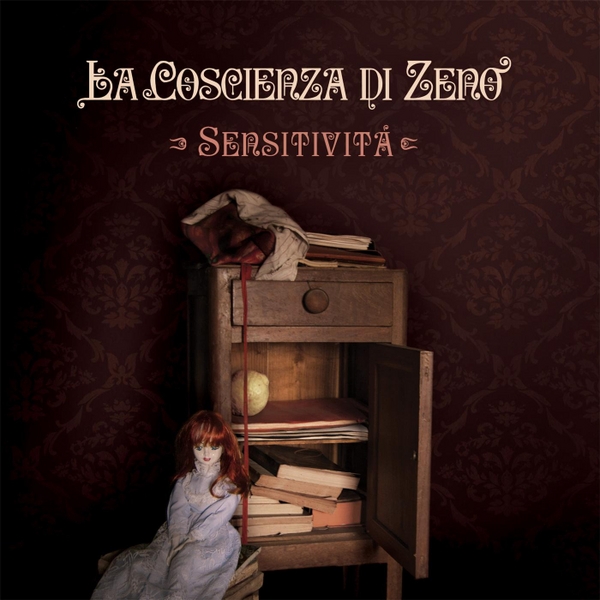 La Coscienza di Zeno (CDZ) is a relatively new six-piece band that calls Genoa home, featuring veterans from a number of slightly older Italian progressive bands (Trama, Narrow Pass, Il Tempio delle Clessidre, Finisterre and Malombra among them), Sensitivitàbeing their second full length release, following a 2011 eponymous debut. With all the right classic symphonic moves and a roster of great players, the band is fronted by powerful singer Alessio Calandriello, who delivers the lyrics (written by keyboardist Stefano Agnini) in his native language. With two keyboardists (analog all the way), guitars, bass and drums in their instrumental arsenal, and guest players adding flute, violin, cello and Mellotron, they proceed with a style that seems heavily influenced by classic Italian bands like Banco, Le Orme and many others too numerous to list. Seven long tracks, only one of which clocks in at less than seven minutes, offer a compositionally rich potpourri of ever-changing suites, brimming with melodic brilliance and complexity. Nearly all band members seem to have a hand in the writing, and having two full-time keyboardists allows the arrangements to go a lot of different directions. What the listener won’t find here are any elements of prog-metal, or neo-prog, and there’s not a lot of jazz either, although a few bits are present here and there to spice up the arrangements; this is classic Italian symphonic from the very first note to the last, and all the better for it.

Jean-Pascal Boffo - Nomades – The long-awaited fourth solo album from French guitarist Jean-Pascal Boffo is in many ways a fusion of the various styles he explored on his first three albums. Nomades is a musical journey through a...  (1994) » Read more