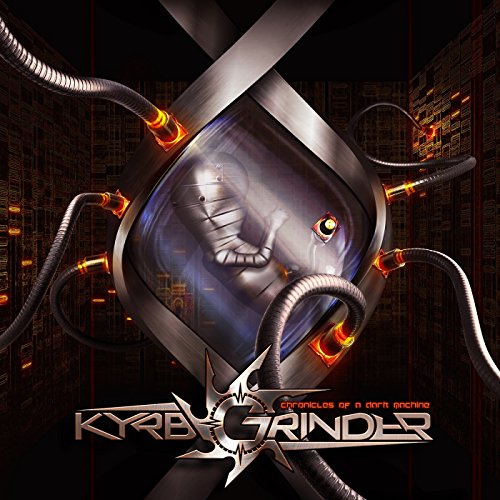 Kyrbgrinder is the solo project of Threshold drummer Johanne James. This is the third release in eight years, and with each outing James refines and evolves his vision for melodic, modern metal. Kyrbgrinder is essentially a power trio, so none of those twiddly, stuffy keyboards here, mate. Guitarist Aaron Waddingham is a big part of the band’s sound, spitting out a relentless stream of riffs, leads, runs, and all around metal growl. The new guy this time around is bassist Dave Lugay who for the most part sits in his corner and does what he’s told. That leaves the drummer. James has been racking up awards for his playing, though I wouldn’t consider him quite in the same pantheon as the Harrisons, Minnemanns or even Portnoys of the world. Where he really delivers, however, is as a songwriter and singer. It’s rare enough to find a black musician in the metal scene but what a breath of fresh air this guy is. On songs like “Captain America” and “Egocentric Suicide” he reveals a knack for catchy vocal melodies and harmonies that have more in common with Seal than your average metal shouter. The arrangement on “Oxygen” plays with acoustic textures and hints that James has a lot to offer outside the heavy metal sandbox. Nearly every song features a clever hook or twist that elevates it above the usual metal wash of noise, and gives even non-metal heads a reason to add them to their playlist. Well done.