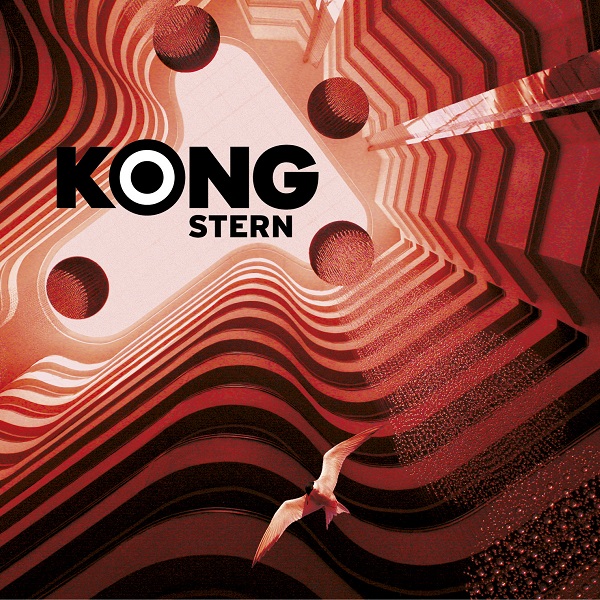 This Dutch band has been around for a while, but their music is new to my ears. Stern gives us a really interesting mix of heavy guitar-oriented rock and electronics that holds together very well. The most well known comparison might be Nine Inch Nails, though Kong is far from derivative. The general attitude and the idea of taking heavy riffs and adding modern technology are similar, though Kong is entirely instrumental (barring some vocal samples here and there). From time to time, the listener might be reminded of a heavy instrumental section of a Porcupine Tree song, but in a totally different context. Not that Stern is all relentless heaviness — there are some quiter moments where the pounding guitar parts drop out for a bit. And some tracks tip the balance more toward the electronic side, emphasizing percolating synthesizer parts and swelling chords. Oscar Alblas' drums have that sound you get sometimes where it's hard to tell what's acoustic and what's electronic, the kind of thing Pat Mastelotto excels at. Two members (Tijs Keverkamp and David Kox) handle the guitars, and Mark Drillich plays the bass; Kox and Drillich contribute samples, and a number of guests contribute keyboards, additional guitars, wordless vocals, and African drums. Listeners who dislike overt digital electronics will probably be turned off, but I find the sound compelling, a bit like King Crimson's Red crossed with a 90s industrial band. While they don't really venture into odd-meter mathematics, there's enough rhythmic variety in the music to keep it from 4/4 tedium. It's great listening for when you're in the right mood, a great alternative to much of what passes for "progressive metal."

Blackfield Is So Lonely