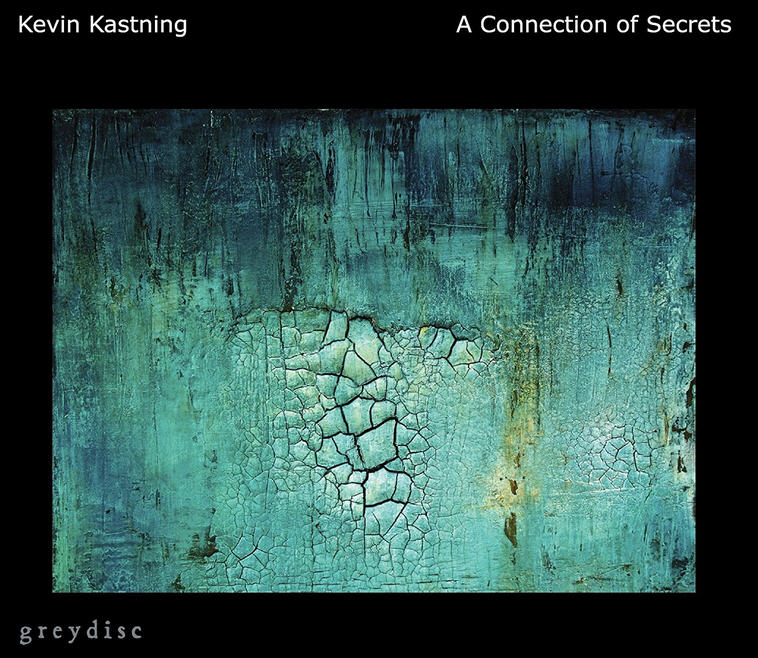 Like a portal into a catalog of dreams, any recording featuring Kevin Kastning evokes a singular feeling, a feeling not easily described in words but one that knows no other, whether it be one of his collaborations with numerous other musicians (there must be a couple dozen recordings by now), but especially on his solo albums, of which A Connection of Secrets is only the third. A feeling of stillness pervades the album’s ten tracks, not a blur of sounds, but one of sharp focus and heightened senses, where the entire direction and feeling of the music can transmogrify every few seconds, where there is no set rhythm to anchor these nomadic flights of fantastic escapism, performed solo on his 36-string double-neck contraguitar, a 30-string contra-alto guitar, 15-string classical guitar, all three being custom-designed creations, and occasionally piano. These multi-stringed adventurous epics ebb and soar as the trajectories of whimsy develop and proceed, producing flashes of elemental tone and coloration, and impossibly complex chords and textures; sometimes it almost seems like he’s just creating these pieces improvisaionally as he goes along, but his sure-footed masterful technique and approach tells the listener otherwise, that this is somewhere he’s been many times before. While one may find some oblique similarities with Steve Tibbetts’ third album Northern Song, the backgrounds of the two musicians couldn’t be more different, but the end results produces a very similar feeling. This is the soundtrack of germinal contemplation that develops instant by instant, and can lead the listener out in many directions.