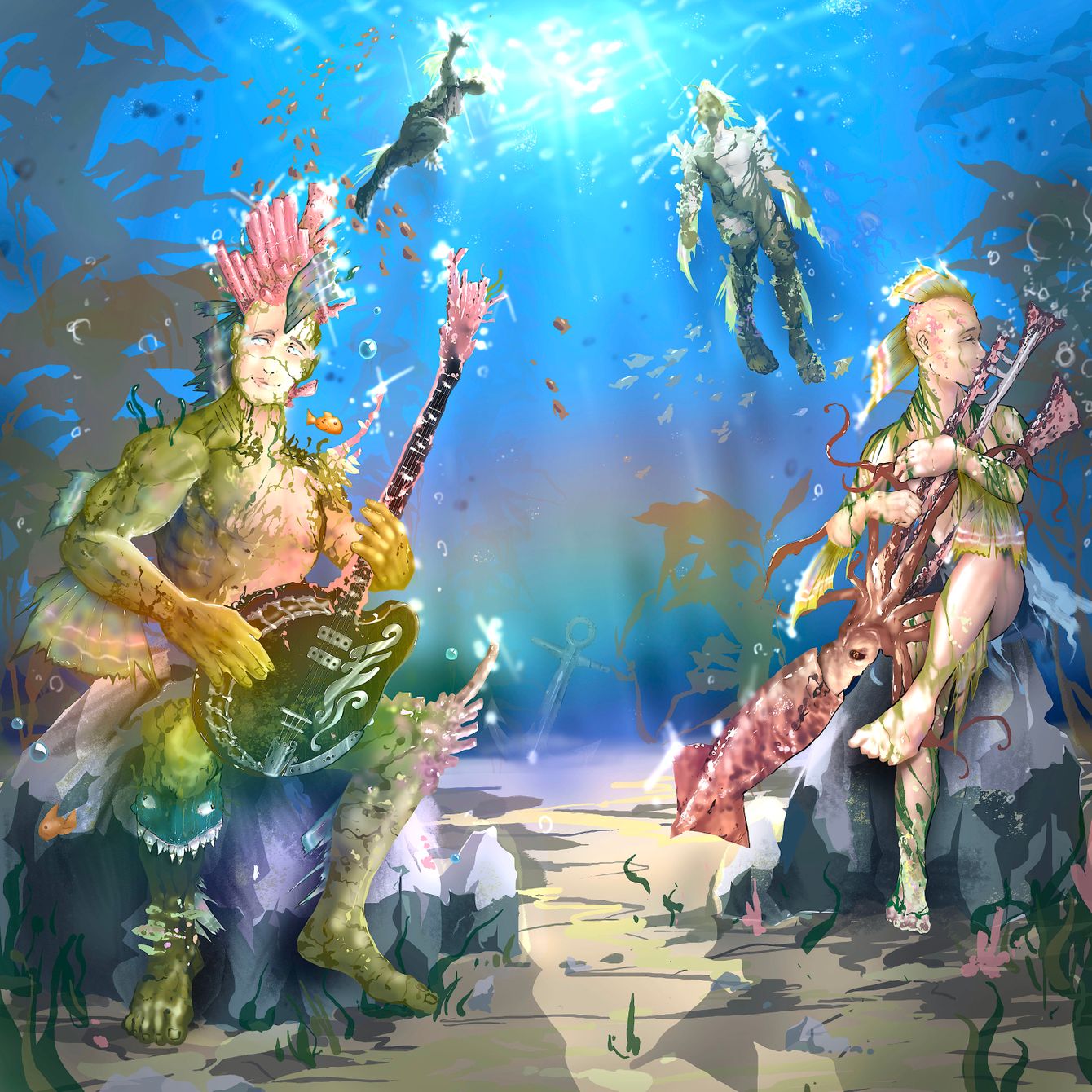 Between 2007 and 2015 Todd Montgomery and Gayle Ellett (Djam Karet) released three excellent albums as the duo Fernwood, their raison d'être being to make authentic music on instruments made of wood (meaning without electronics and such) and so they did, with both members contributing to the compositions. Since then, Ellett and Montgomery — along with drummer Craig Kahn — have been tooling up for something entirely new, what they describe as “electric guitar-based instrumental rock with exuberant drums that is the perfect accompaniment for your sunny day at the beach,” something that could be described as surf rock, but that really isn’t what it is, in that this is not the super technical high speed style of early 60s bands like the Ventures or Dick Dale and his Del-Tones, or even the summer-meets-fun pop of Jan & Dean and the like. Instead, this is honest and overtly melodic instrumental rock, along with elements of jazz and progressive rock. One thing that makes the Kelp Dwellers’ sound different than most guitar-based trios is that their material is composed by Montgomery on tenor guitars (4 strings tuned in fifths, or 8 strings in the case of the mandocello), which gives the resulting chords a different feel than one would get from a standard six string, although Montgomery also plays standard electric guitar, lap steel, keyboards and synthesizer as needed. Ellett’s primary contribution is on bass guitar, although he also plays six and twelve string electric and piano, while Kahn’s drums are the glue that holds it all together. The album features nine cuts, each in the four-to-five minute range, each snaking through a number of different ideas, but never wandering too far afield of the groove that drives it. “Jellyfish Song” opens with a gentle shuffle and a great melodic hook, with some aggressive solo work within. “Westward Mostly Sunny” is one where the title epitomizes the happy-go-lucky feel of the tune’s cheerful melodic groove, but that said there is still some interesting weirdness at a couple points in the song’s mid-section. “Selkie Always Seeks” again features a nice easy groove and even a saxophone (or a good facsimile of one) as it cruises through a number of catchy melodic ideas, something that the even more breezy “Otter Finleys” grooves along to without a care. Surfacing is a promising debut from a band we can hope to hear more from in the future.