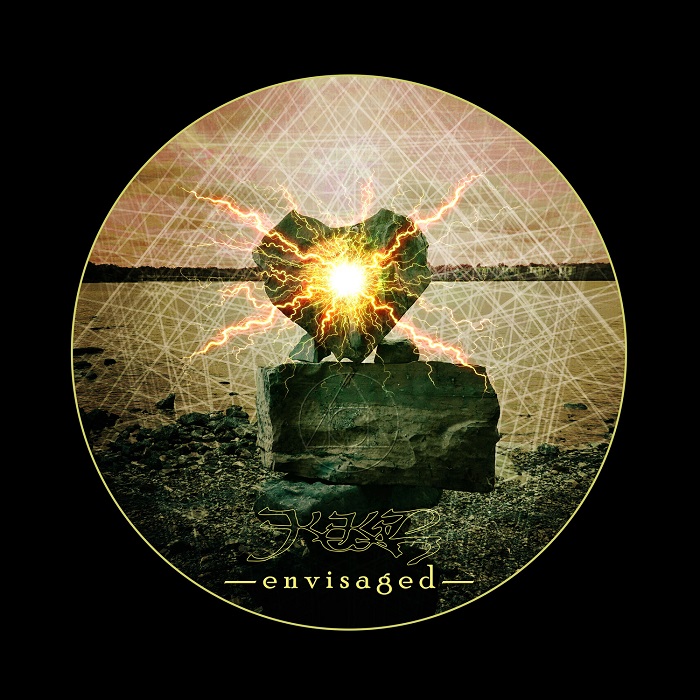 Kekal, the Jakarta-based band with no band members. Envisaged is the follwup to Kekal’s previous Quantum Resolution from a couple years ago, making this their thirteenth full length album, though the band has had no official members since 2009; there are no musician credits on any of the the recent albums, which on the surface seems kind of ridiculous — somebody is playing these instruments and singing. From the booklet notes: “The music on this album was written and performed anonymously. Kekal is a self-regulated entity with no official members.” We do know this: The producer is one Jeff Arwadi, a former member of the band now resident in Canada, and one might even suspect that he is Kekal, but if he created these albums by himself, it’s definitely quite an accomplishment. The nine tracks herein are essentially metal, with a bunch of qualifying prefixes, like maybe post-industrial avant-garde progressive death metal, although the vocals (in English) aren’t your standard Cookie Monster type, being more muted, sometimes whispered, and buried in the mix of sounds. The drums certainly sound programmed, in fact a lot of the sounds other than the guitars and voices sound programmed, and come off as brutal, frightening and even nightmarish at times — it’s not an easy listen by any means. Of Envisaged, the booklet notes state that it is “An album that was specifically created to celebrate The Great Awakening of humanity and Earth’s Ascension to the higher octave of vibrational frequency.” The lyrics of the eight songs that feature them are clearly printed in the booklet so the listener can follow along. “Summer Harvest” is mostly instrumental, and the seven-plus minute “Alchemy of Creation” is purely instrumental, and is nice respite from the noisy chaos of most of the vocal tunes. Anyone who knows me knows that I’m not a big fan of metal, no matter how many adjectives you pile up in front of it, but one can easily recognize the excellence of what is here, even if metal is not your thing.