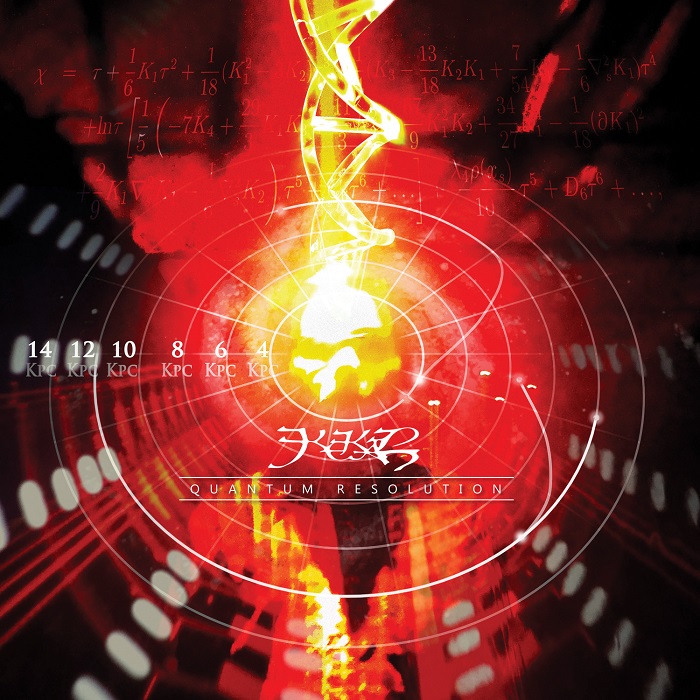 Kekal is a band originally formed in Jakarta, Indonesia in 1995, with about sixteen albums to their credit, originally a trio with guests playing something akin to straight up metal (black metal, death metal, you know the cookie monster vocals and such). In 2009, just before the album 8, the band shed itself of all human members, with former members and other musicians collaborating to make new recordings since that time, in essence they became a project. Here’s the back story: In 2009, guitarist, singer, primary songwriter and producer Jeff Arwadi emigrated to Canada, leaving Azhar Levi Santiuri (bass and vocals) and Leo Setiawan (guitar and vocals) and any others behind in Jakarta. Recordings going forward from that time slowly became less typical metal and more experimental and avant-garde, though much of the vocals are still in the aforementioned style. Best I can determine, the band has never had a human drummer, instead relying on programmed drums and percussion. Quantum Resolution is their latest release, the first since 2018’s Deeper Underground. Those who know me will also know that I have a low tolerance for metal, but what’s stirring in these grooves is very unpredictable and unusual, the compositions are twisted and chaotic, abundant in energy. The lyrics are sung in English (some are spoken also) but the vocals seem to be nearly always treated with some kind of effects — at times the vocals become nearly unintelligible because they swimming in so many effects, but other instruments in the mix are generally atypical of what might be considered metal, often leaning more toward a conceptual progressive rock (keyboards, synths, electronics, and more). Potential listeners may want to jump over to the Kekal Bandcamp page where one can listen to the entire album beginning to end.

Bruce Main - Layers – Layers is the second album by Bruce Main, a mostly DIY one-man-album type thing that Main wrote, recorded, and has made available on CD Baby. Brian Phraner from Phreeworld, for those who remember...  (2007) » Read more