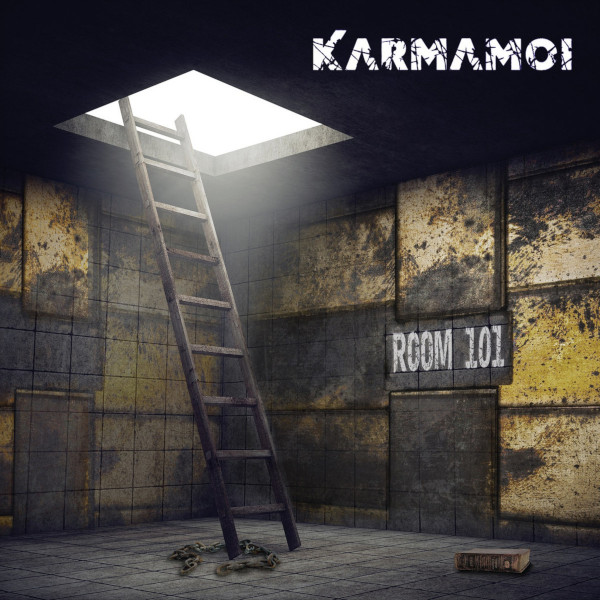 Karmamoi is the vehicle of composer and bandleader Daniele Giovannoni, who is also the group’s drummer, keyboardist, and backing vocalist. Other core members include guitarist Alex Massari and bassist Alessandro Cefali. Room 101, inspired by George Orwell’s 1984, is the band’s fifth album. Interestingly, lead singer Sara Rinaldi is considered a guest (she sings on all seven cuts), along with tenor / backing singer Valerio Sgargi (who also contributed to the lyrics on three of the songs), and other guests like Adam Holzman (piano and Moog solo on one track), Steve Unruh (violin and flute on three cuts), Francesca Zanetta and Emilio Merone (keyboards on one track each). Karmamoi’s specialty is that big symphonic prog rock sound in epic length tracks typically from seven to eleven minutes in length, many seeming to be multi-sectional suites, as is typical prog fashion, with plenty of surprises along each journey. Having heard a couple of the band’s previous albums (Odd Trip (2013) and Silence between Sounds (2016)), the scope and overall magnitude of Room 101 seems to be their most ambitious project yet, and for those who love that larger than life proggy sound with English lyrics and all around superb musicianship should be right at home with this one. Songs like the opener “Memory Holes,” its epic follow-up “Drop by Drop,” and ten-minute closer “The New World” pack a lot of proggy moves and deliver the goods, but to be fair there isn’t a bad song to be found anywhere, even the soft, slightly jazzy opening to “Zealous Man” where Rinaldi turns in an exceptional performance before the piece goes through countless turns and twists from soft to loud passages along its eleven minute duration. In Room 101, Giovannoni and company have produced an exceptional release that exceeds any they have done previously.