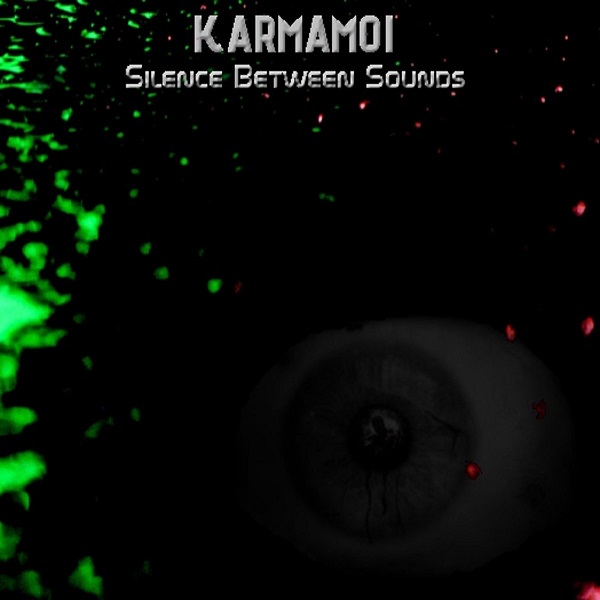 The last time we touched bases with Karmamoi was their 2013 album Odd Trip, and at that time they were a full five-piece band with a dedicated singer. The album at hand under review is not their “new” album which is tentatively due out in November 2018, but instead their most recent, Silence between Sounds from 2016, and for this one the band is down to a duo of founding member Daniele Giovannoni (drums and keyboards, all but one of the compositions), and guitarist Alex Massari, and one has to presume that everone else featured herein are merely guests — including different outstanding female vocalists on the final four tracks, and a bassist who appears to play on most of the cuts, as well as flute and cello on some cuts, but in order to find this information, one needs to travel to an obscure corner of their website. The bassist is Alessandro Cefalì, Luca Uggias plays piano on the first two cuts, Emilio Merone plays piano on three others, and no less than four female vocalists (original singer Serena Ciacci sings on “Lost Days,” Hellena sings a multi-layered part on “Atma,” Sara Rinaldi sings on four different pieces including “Nishira” which was not included on the promo that we were sent, and Irene Morelli on “Sirio and “Martes”). Now that album credits are all straightened out, one has to wonder who is there when they do a live show? The album begins with the title track, a solid piano piece only a minute and a half in length, then morphs into “Atma” which continues in a similar vein, slowly building until mid-way through after voices and other instruments join the mix morphing into a somewhat Floydian rock epic, with instrumental emphasis. “Sirio” seems to be going through a darker corridor, until it bursts into a heavy rock piece, but the ethereal voices give it an altogether other-worldly feel. “Plato’s Cave” is the album’s longest track at close to nine minutes, and by far the proggiest epic on the disc, with Sara Rinaldi’s delivery of the lyrics being the high point of the entire set. In summary, this is a great set of tunes that should please the most discerning fans of progressive rock.