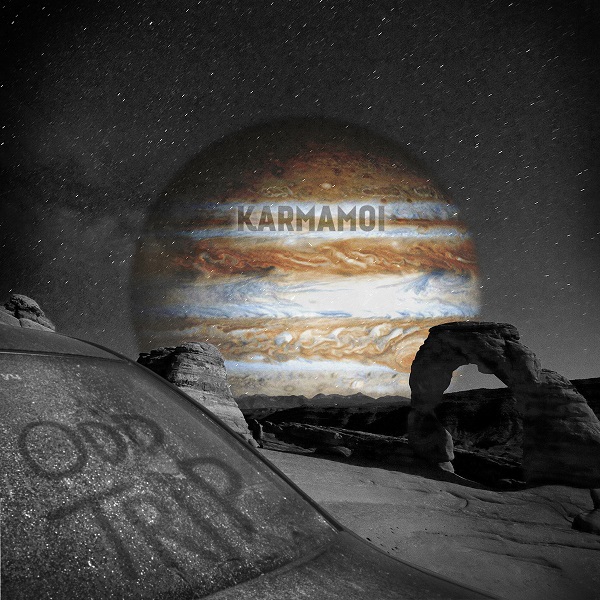 There are so many bands coming out of Italy these days, it's hard to keep up. Karmamoi's Odd Trip is their second release, and on it they show themselves to be very much their own band, not really fitting any of the molds commonly found in Italian progressive rock. They are not a symphonic band harking back to the glory days of Banco and PFM; they are not a gothic band, prog metal, RIO/avant, or space/psych. Some elements of most of those styles crop up from time to time, but none dominate. Probably the first thing a listener notices is Serena Ciacci's voice. She delivers power on occasion, but often dials it back a bit to grip us with subtler inflections; on "If I Think of the Sea," I'm even reminded of Bel Canto's Anneli Drecker (which is high praise in my book). Her singing is a large factor in making Karmamoi work. The music, largely written by drummer Daniele Giovannoni, at times tangentially resembles Porcupine Tree, but has less of the metal edge in spite of some great guitar riffs. Many tunes feature odd meters, and the drumming is solid without overpowering the band — if you didn't read the credits, you'd never guess the drummer was composing. Keyboards (not credited to anyone) provide lots of atmosphere and color, and neither vintage analog sounds nor thin digital sounds dominate. I'll admit it took me a few listens to get into Odd Trip, but I've ended up liking it a lot. Now I need to track down their debut album and see if it's as good as this.