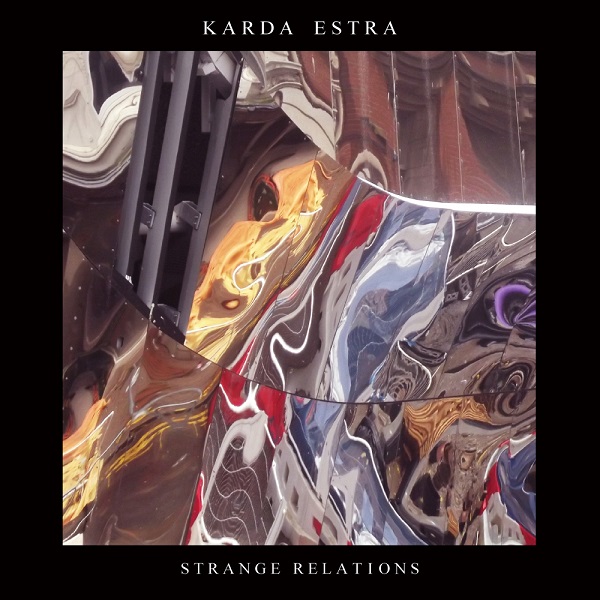 This time out Karda Estra main man Richard Wileman (guitars, basses, keyboards and more) with the six-part title suite has done a full on collaboration with drummer Paul Sears (The Muffins, and others), even sharing the compositions, as well as collaborating with guitarist Kavus Torabi (Knifeworld) on part two. The result – at least for the suite (which is about 40 minutes of the total 53-minute disc) – is sounding far more percussive oriented than about anything one might have heard by Karda Estra previously, though Sears’ excellent jazz drumming mixed in with Wileman’s highly melodic and occasionally avant-garde symphonic stylings sometimes still sounds like a splendid idea that hasn’t quite gelled yet, especially for ears more accustomed to the softer symphonic tendencies of the Karda Estra of yore. It does take the listener out on some interesting side-journeys, though, and several of those six parts point to new ideas that could well be explored further in future endeavors. The usual woodwind section of sax, clarinet, oboe and English horn, as well as the wordless voices, which applies the beautiful warm tones and feeling to Wileman’s symphonic keys and guitars is still to be found here in full force throughout Strange Relations. And that includes “Ylla” and “The Wanton Subtlety of Monna Tessa,” the two tracks that follow the main suite and close the album, the latter a march and fanfare full of melody and counterpoint, being probably the best cut on the disc in this writer’s opinion. All taken though, credit must be given for boldly trying something that’s a definite departure from what was done before. Growth and evolution don’t happen without actively reaching into new directions, and Strange Relations has certainly done that.

Rebekka - Phoenix – Phoenix was the first release by the German band Rebekka, whose brand of progressive music featured tablas and tamboura besides the standard guitar, flute, sax, keyboards, bass, and percussion. This...  (1994) » Read more