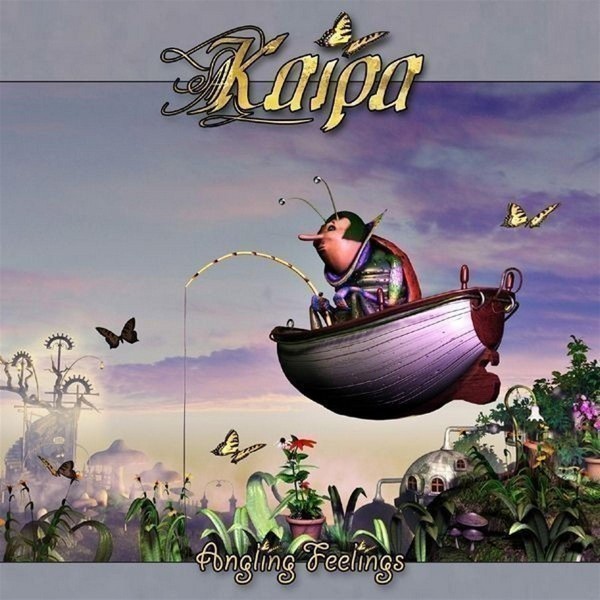 What is Roine Stolt doing? First he leaves The Tangent and now he's flown the coop from Kaipa, a band he helped form in 1975. I can only guess he's focusing his efforts on getting Flower Kings back on track – go Roine. That leaves Kaipa firmly in the hands of keyboard player Hans Lunden, the only original member left standing. The rest of the band that produced 2005's Mindrevolutions returns with Per Nilsson, best known for his work with Swedish death metal band Scar Symmetry, replacing Stolt on guitar. Before you worry about what this has done to the music be not afraid. In fact, despite Nilsson's resume, Angling Feelings falls sonically between Kaipa's recent albums and the sort of harmless and happy prog Flower Kings have built their brand on. Patrick Lundström's vocals try to pull the material toward Ritual in places, though it never rocks that hard. The only real edge to the album is delivered by Aleena (no last name), a sassy gurl singer with impressive tonsils who's not afraid to shred wallpaper with them. Lundin, Jonas Reingold (bass) and Morgan Ågren plug away in the background, taking the listener through a pleasant prog tapestry that mixes vocals and instrumentals equally and pauses for guitar or synth solos on occasion. If you're a fan of Spock's Beard, The Tangent, Transatlantic, Flower Kings, etc, this album is for you. I'm still trying to figure out how a guitarist from a death metal band could sound so… happy.

Radiohead - Kid A – OK Computer showed a rock band reaching beyond the conventions of commercial music, yet somehow managing to remain commercial, selling millions of albums and impressing a lot of non-mainstream...  (2001) » Read more