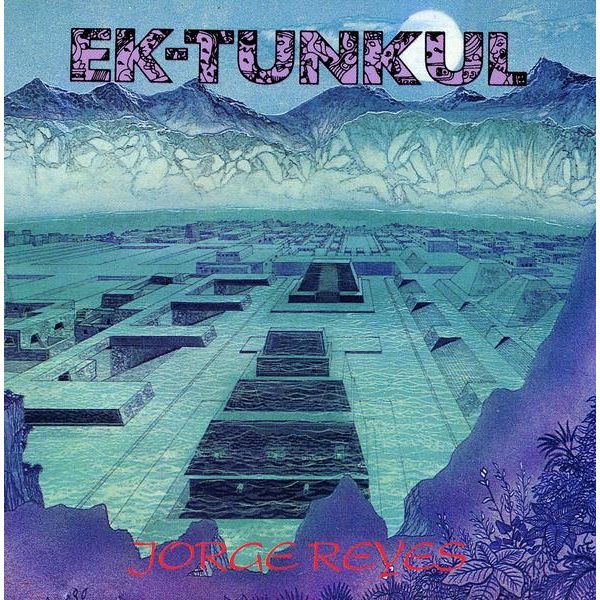 I must have been sleeping at Best-of-'97 voting time as this old favorite managed to slip right out from under my nose. Ek-Tunkul was Jorge Reyes' very first (and best) solo recording from back in 1987, three albums before he went native. Ten years later it gets digital release. Liner notes on the reissue are extensive, containing historical information, examples of poetry and songs, precise instrumentation for each track, a bio of Reyes, even a glossary of terms concerning the music and the indigenous instruments used. There are even three bonuses. So far so good. Where I get confused however is in the cover presentation: gone is the colorful exotic painting depicting an ancient Aztec landscape. In its place is a monochromatic design featuring a portrait of an unidentified Hispanic woman, with the title in bold letters "Authentic Precolombian Music - Ek Tunkul." Nowhere (except in micro-print at the bottom of the back cover) does Reyes' name even appear! Why the deception, Spalax? When I first saw it I thought the dealer from whom I purchased it had made a mistake. Furthermore, even a non-expert could soon figure that this is not authentic pre-Columbian music at all, but rather a fascinating amalgam of mid-70's Tangerine Dream, with native Mexican percussion, electric guitar, and a vocal treatment that echoes classic Popul Vuh, forming a sound that is totally original and unprecedented. Neither overtly technofied, nor verbatim ethnic, this work traverses that bridge between the traditional and modern - a testament to the man's talents that while a kajillion people occupy a similar genre, no one sounds remotely like Jorge. What a treat to finally have this on CD. Just be careful if you see it in person; you wont find the composer's name. It's a long way from Chac Mool, and I give it an unhesitating seal of approval.