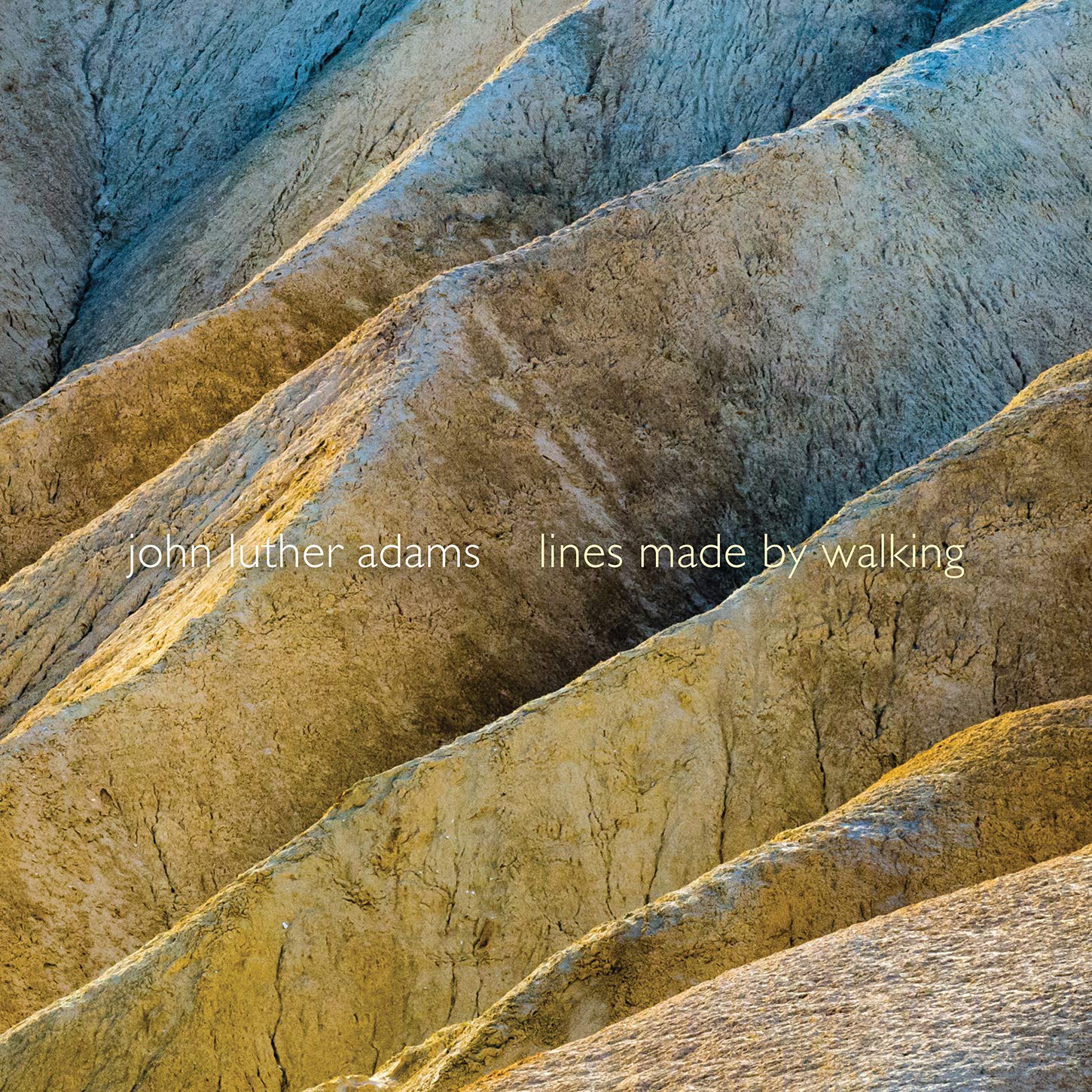 The work of John Luther Adams should be familiar to Exposé readers — we have been reviewing it as long as he has been releasing music on the Cold Blue Music label, beginning with The Light That Fills the World back in 2002. Adams works as a modern classical composer, creating music for other musicians to play, and this latest release contains two three-part string quartets, in many ways not at all unlike his earlier endeavors of the last decade The Wind in High Places (2015) and Everything That Rises (2018), and like those earlier pieces, the featured ensemble here is the JACK Quartet: violinists Austin Wulliman and Christopher Otto, violist John Pickford Richards, and cellist Jay Campbell. The opening three-part “Lines Made by Walking” reflects his lifelong interest in hiking and walking, whether it be in the mountains and tundra of Alaska (where Adams lived much of his life), or in more recent years the Mexican desert or the mountains and ridges of South America (Adams currently resides in New Mexico), the music reflects a rich and multi-layered approach where the strings cross and weave interesting patterns, looping, and repeating, lines that are superimposed on themselves, much like the contours of the land that Adams experiences on his afternoon walks. Across the three parts, that total roughly 30 minutes, the music elicits a wide range of emotions, but most importantly a general feeling of peace and tranquility. A second string quartet follows the first, “Untouched,” also a three-parter but around five minutes shorter, which is inspired by The Wind in High Places, where Adams imagined the quartet as a single sixteen string Aeolian harp, with the music’s rising and falling lines and arpeggios coming only from the open strings and their natural harmonics, where the fingers of the musicians never touch the fingerboards. The overall feeling is one of calm and curiosity, with powerful surges rising and quiet cascades on the falling side, never quite resolving but following a stirring, explorative soundworld. Both quartets in Lines Made by Walking offer a gentle and somewhat dreamy listening experience.