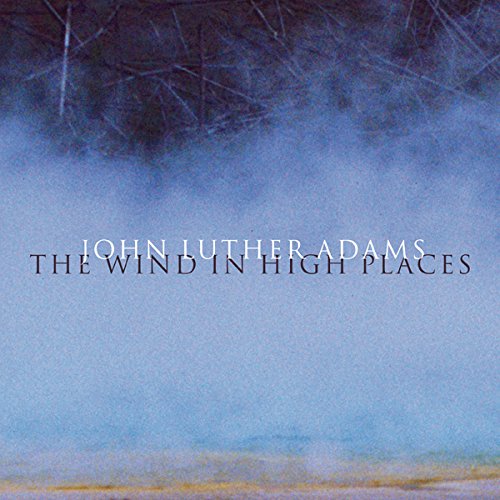 Adams’ latest release is a collection of three works for string ensembles. On these three, Adams functions as the composer only and does not perform on these pieces, instead relying on the four-piece JACK Quartet, consisting of two violins, a viola and a cello, on the opening title piece (three movements), and on the closer “Dream of the Canyon Wren,” and The Northwestern University Cello Ensemble for the four part “Canticles of the Sky.” Interestingly, inspired by the sound of Aeolian wind harps, all the sounds on the three movements of the title suite are produced as natural harmonics or on open strings, the musicians never touch their fingerboards. On “Canticles,” the rich, dense sound of the 48 piece cello ensemble results in a sound that at times resembles a pipe organ, with slowly unfolding evolutionary changes in tones and shimmering nuances that are reminiscent of the wide open spaces and glaciers of Adams’ home Alaska. These first two pieces are truly captivating and wondrous, reaching an almost ambient feel at times, blending slow-moving tones and spaces into beautiful, tranquil vistas of iridescent light. All that changes on the closer “Dream of the Canyon Wren,” which is a bit more avant-garde and experimental, with the four players winding their way through a time-stretched, disorienting theme and numerous cavernous passages, sounding almost as if someone is speeding up and slowing down an old tape recorder. All taken, this is a radically distinctive collection of pieces that begs for repeat listens.