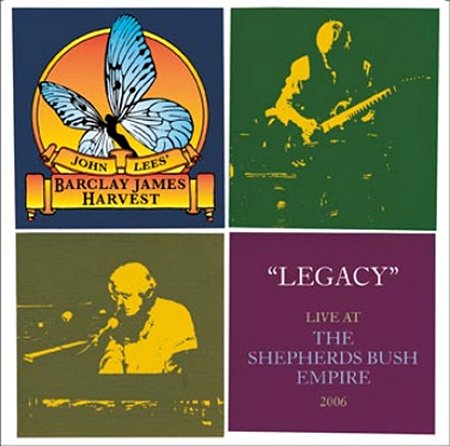 The 2006 resurrection of Woolly Wolstenholme’s Maestoso gestated into a full on BJH reunion tour once guitarist John Lees got on board the rock and roll bandwagon. Picking a representative set list was also not too difficult considering most of it came from the core catalog of the band with several surprises as well. 1974’s Everyone Is Everybody Else is well represented with three pieces including the anthems “For No One” and “Child of the Universe” as well as well crafted “The Great 1974 Mining Disaster” that pulled lyrical references to both the Bee Gees and David Bowie. Lees’ convincing lead guitar is present on the classic tracks “Medicine Man” and “The Iron Maiden” that showed the band’s older catalogue could still be put to the test. Wolstenholme’s lead vocal on key album tracks like “Poor Wages” and “The Poet/After the Day” shows that this quintet line-up could pull off the odd song without a hitch. “Suicide” always captured the thoughts of fans with this audio whodunit that is again well crafted and recorded. Despite the missing presence of absent members, Wolstenholme and Lees demonstrate live mastery of their craft on “Poor Man’s Moody Blues” and “Hymn” playing the tune with the same passion with which the old band wowed their devoted West German fan base. The DVD contains a few extra tracks including “Galadriel,” Woolly’s “Habour” and the first ever performance of “Poor Wages” (from Early Morning Onwards). Overall it was a great night at the band’s old stomping ground that was also filmed for posterity.