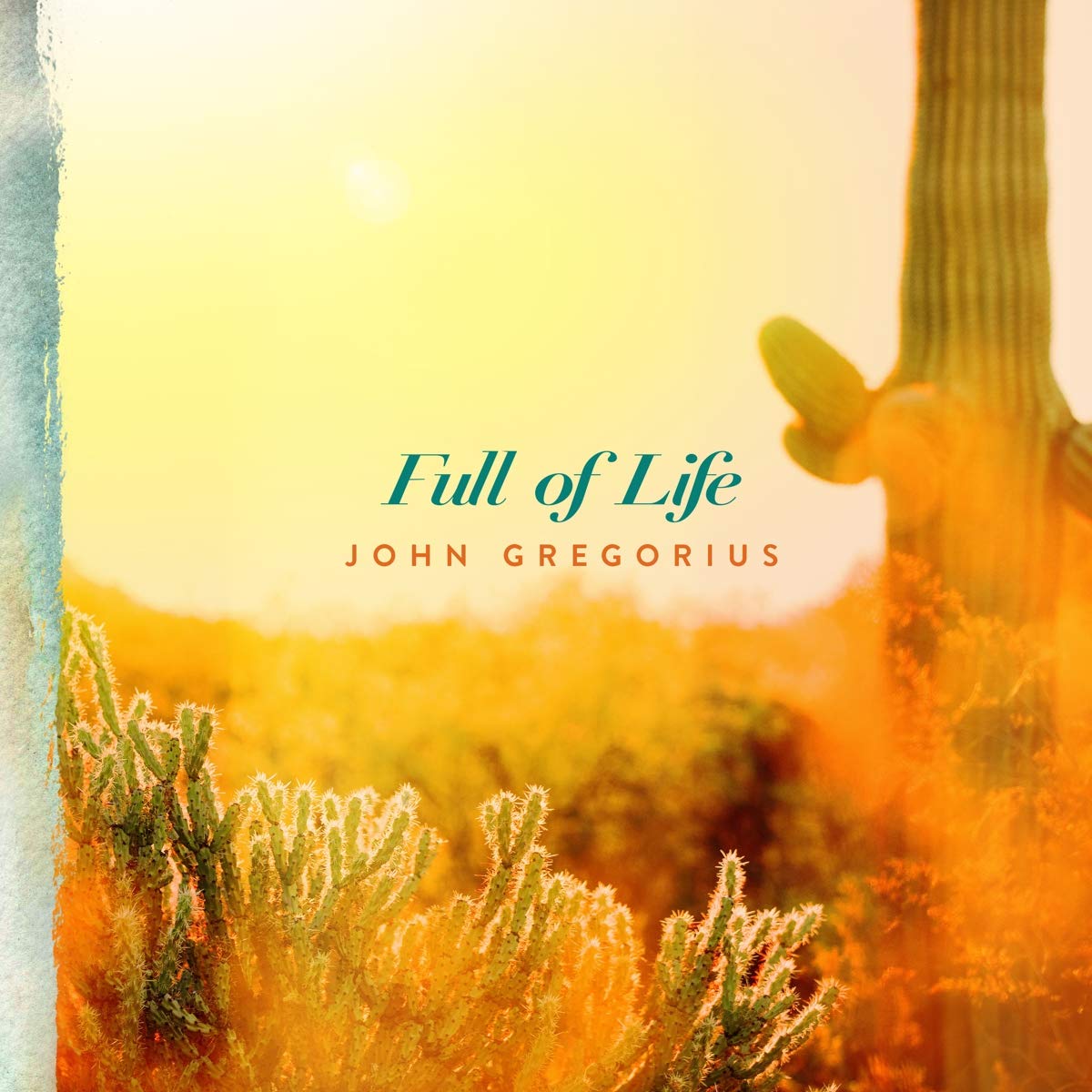 Tucson based composer and guitarist John Gregorius offers Full of Life, his third Spotted Peccary release following Heaven and Earth (2008) and Still Voice (2016). In the years prior to those releases he was also busy as an engineer and producer for other recording artists at his own home studio (then in Los Angeles) but since 2007 he has concentrated on his own music, which tends to be a highly melodic blend of guitar driven styles fleshed out with bass, drums, synthesizer and studio ambience. Unlike so many other guitarists working in this general realm, Gregorius doesn’t disguise his guitars (both acoustic and electric) with heavy effects and lengthy washes to make them sound like synths, instead having them be themselves — the lead melodic instruments that offer the expressive emotion that drives his music forward. Synths will be synths, providing subtle ambiences and supporting orchestrations, subservient to the organic compositions. Similarly, the bass and drums (both acoustic and electronic, track depending) are suitably understated in a purely supporting role. There are some guest musicians involved on a few of the album’s twelve tracks, most notably the wordless vocals of Kimberly Daniels on “Monsoon Clearing” (along with guest bassist Rick Baptista and drummer Mitch Ross) and violin and cello from Kayla Applegate on “Path of Renewal.” Each of he pieces work an explorative path filled with mystery, emotion, imagination and subtle beauty, offering a soft and subtle — yet extremely clear and distinct presentation. It’s hard not to listen to this without playing it over and over, the rich melodies and embracing grooves along this warm instrumental journey seem to find a clear and relaxing space in the listener’s memory. Many standouts (in addition to those previously noted) include the gently approaching “Winds of Change,” building and changing over its five-plus minute duration. “Wellspring” rocks along gently supported by a jangly guitar figure, easily one of the most memorable pieces here. “Unfolding Beauty” appears as a warm shimmering vista with engaging melody, a powerful bass line, some analog drum samples by Howard Givens, and enough shifts and changes throughout its duration to make it one of the most interesting. The track-to-track journey throughout is both cinematic and epic, a wonderful and immersive collection of ideas.