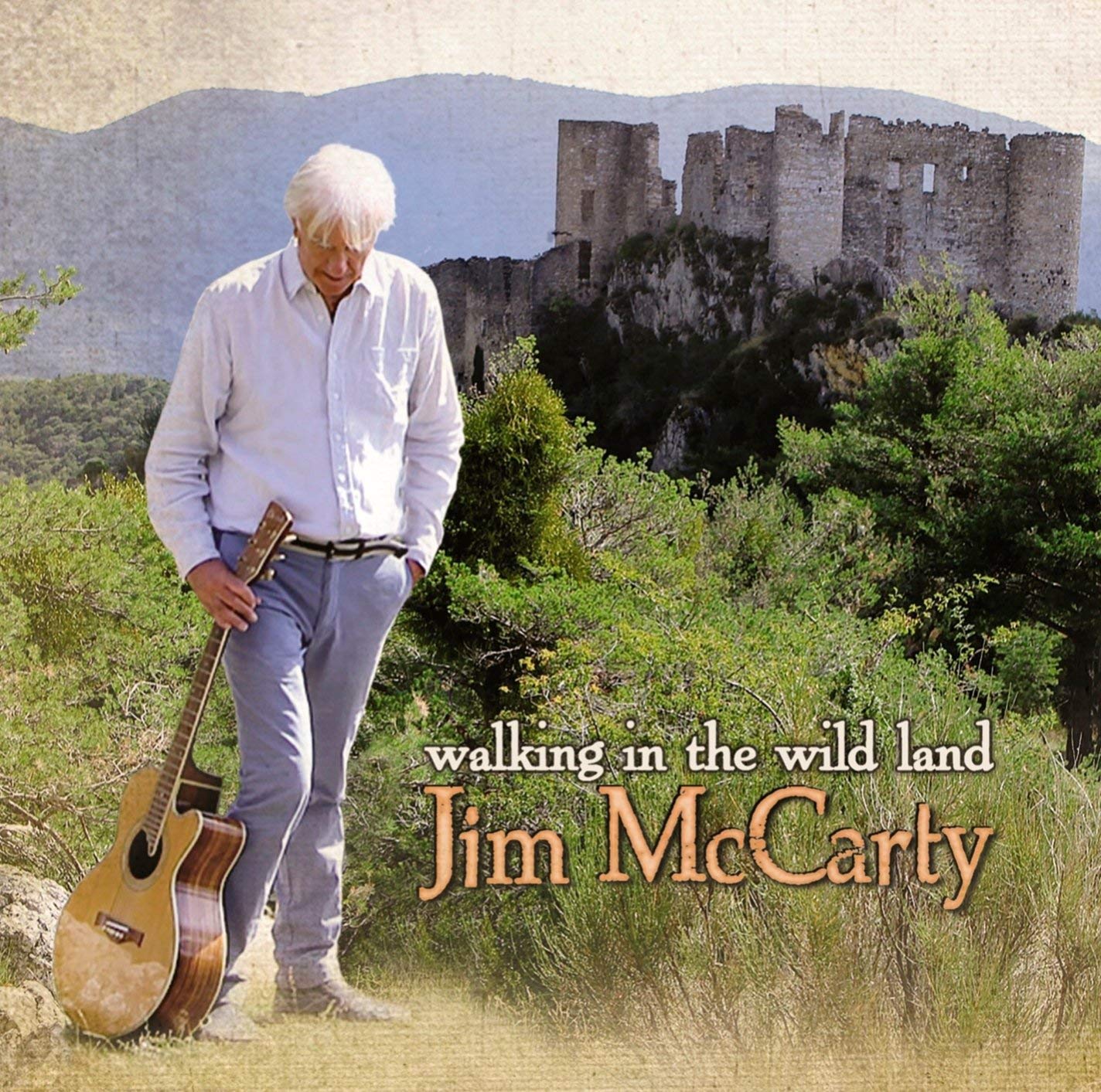 Over the course of 55 years Jim McCarty has done just about everything, from his days drumming for the nascent Yardbirds, through all their successes and changes (a band which he still leads today), the formation of Renaissance with his bandmate the late Keith Relf, on to Shoot and then Illusion, by which time he had evolved into a guitarist, songwriter, and singer, then again as drummer again in the mid-80s with some of his old bandmates in Box of Frogs, then as the 80s drew to a close he formed the new-age duo Stairway with Louis Cennamo. Since the mid-90s he has released a string of excellent solo albums both on his own and with the Jim McCarty Blues Band, as well as collaborations with Richard Hite of Canned Heat. The album at hand, Walking in the Wild Land, is his latest and offers ample evidence of McCarty’s outstanding songcraft, a dozen tracks that lean towards the laid-back folk-rock sound with classical overtones that he explored in his days with Illusion. For his part, McCarty sings and plays acoustic guitar on all tracks, but only drums on two, leaving that task to various session drummers on the remaining ten. Recorded in Toronto, the arrangements include bass, piano, keyboards, electric guitar, pedal steel, violin, and additional vocals, a total of fifteen musicians, track depending, including his old bandmate John Hawken (Renaissance, Illusion, and Strawbs) and Alex Lifeson of Rush. There are too many standout cuts to enumerate here, but “Charmed” certainly ranks high among them, a catchy tune that rides on a backbone of piano and acoustic guitar, thoughtful lyrics, and a sort of Beatle-esque feel with a reurring flugelhorn solo. The lyrics of “Stop Living Life in the Past” are perhaps a bit autobiographical, delivered from the first person, the tune being another very effective melody that gets stuck in your head. “Right on the Road” offers more thoughtful lyrics about death and life’s road with an absolutely stunning instrumental arrangement of piano and pedal steel. “Connected” is the album’s overt rocker, swinging through some fun measues with a snappy guitar solo from Mark Newman. There are many more gems herewithin — it’s an album that will grow on the listener effortlessly with each play.

Nukli - The Time Factory – Nukli is a psych-rock band who have a fairly long history peppered with only a few, rare releases. Having spent a good part of the 80s gigging in England on the festival scene with the likes of the...  (1999) » Read more