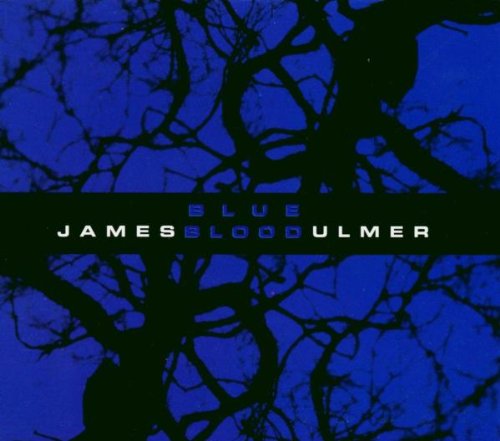 One of the things about blues music that always loses my interest is the relative lack of harmonic sophistication: the blues almost by definition stick to a set of three or four chords for each key, and melodies stay mostly within the pentatonic scale. So when a guitar pioneer James Blood Ulmer, after years of exploration at the boundaries of jazz and rock, takes a stab at original songs based on the blues, I’m more than a little intrigued. Some of the vocal tunes come off like a warped version of John Lee Hooker, especially on the album’s opener “O Gentle One,” with solos stepping a bit outside standard tonality. Ulmer, in addition to his harmonic exploration, also uses many effects to good effect, unlike most traditional blues guitarists. Among the vocal tracks are some great instrumentals (“As It Is” and “Momentarily” are the best) with funky grooves and flute doubling the guitar melodies. Producer Bill Laswell contributes some squonky wah-wah bass, and Bernie Worell gets in some great organ work. These tunes remind me of some of the best funk-jazz-fusion of the 70s, like Lenny White. The lyrics on tend toward the gospel side of blues, with two songs centering on religious themes. The other three vocal songs center on love and longing. I have to admit a preference for the instrumental pieces over the vocal ones.