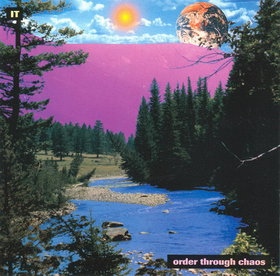 It isn't really a new American group, as they've been around since the mid 80s, yet this is their first album. The band is basically a duo of Todd Freeman and Scott Munson, and they've brought together many of their 80s recordings to compile this vaguely-concepted 70+ minute CD. The pair of musicians along with a variety of guests show a diverse set of influences, a lot of them in the spacier realm. There's some solo acoustic guitar work, anthemic prog songs, space rock atmospheric and more inventive tracks with synths and effects. It has a pronounced Pink Floyd influence and when there are vocals, the effect is similar to Alan Parsons or Rundgren's Utopia — a possible more "Americanized" symphonic-prog sound. There's a lot to swallow for 70 minutes of music. Considering this music was all recorded at different times it doesn’t seem to work perfectly as a whole, yet better than you'd expect. This is certainly one of the better US projects going on right now, a second album with all new music would be something I'd look forward to.