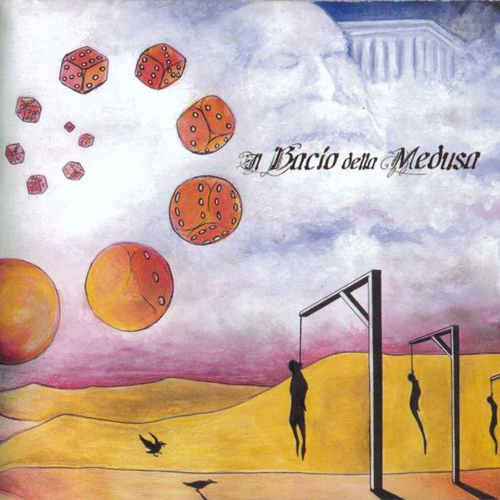 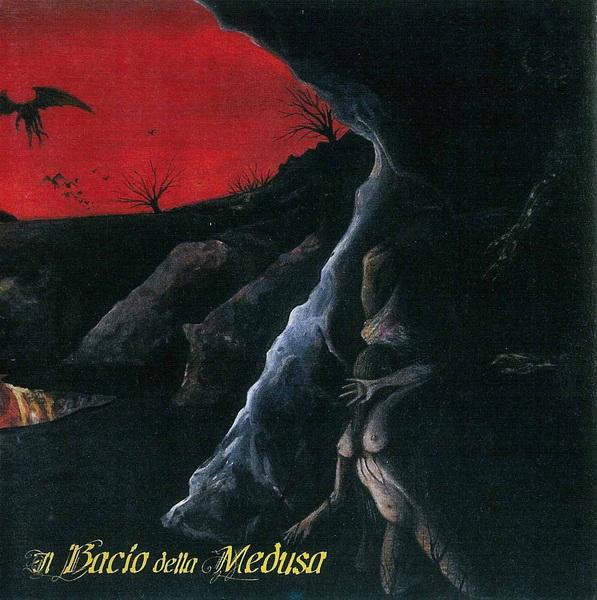 Il Bacio della Medusa (Medusa’s Kiss) are relative newcomers on the Italian prog scene, though like many they’ve been smitten by the sound of the early 70s. Their self-produced debut caught the ear of Black Widow, who have reissued it simultaneously with releasing the follow up. Track one of the debut tells you right away what you’re in for: Simone Brozzetti’s hard rock guitar riffing is textbook early Black Sabbath while Simone Cecchini’s vocals alternately belt, snarl and emote, all with tons of trademark Italian passion. Drummer Diego Petrini occasionally disrupts the time warp with heavy metal patterns and a bigger sound than the era was known for, and bassist Federico Caprai is a bit too much of a pocket player, but help arrives in the form of Eva Morelli’s flute and Angelo Petri’s sax, pulling the lever on the time machine and once again we’re in 1972, not sure if we’re hearing Queen, Focus or PFM. Besides the blues rock riffing, the band often favors arrangements with a Latin or Spanish flair. The boozy swagger fueling the music gives it a masculine sweatiness that might not suit some but which for me is the band’s trademark sound. This same vigor is carried through into the sophomore effort, though the hard rock bluntness has evolved into something akin to early Banco or Osanna. The flute is more integral to the arrangements and Petrini reveals talents on keyboards. Jethro Tull is strongly evoked on some songs, with only Cecchini’s singing reminding you that this band is Italian. The Latin aura crops up again and I have to believe that in concert these songs are real stompers. A harder left turn appears in a few classic Italian prog tracks and the elegantly delicate “Corale per Messa da Requiem,” where Cecchini softens his delivery and violin, flute and sax blend more fully into the sonic tableau. Pieces like this are more impressionistic than the hard rock hacking on the debut and reveal a band capable of delivering Italo-prog with its roots firmly in the past, but still giving modern audiences plenty of what the style has to offer.