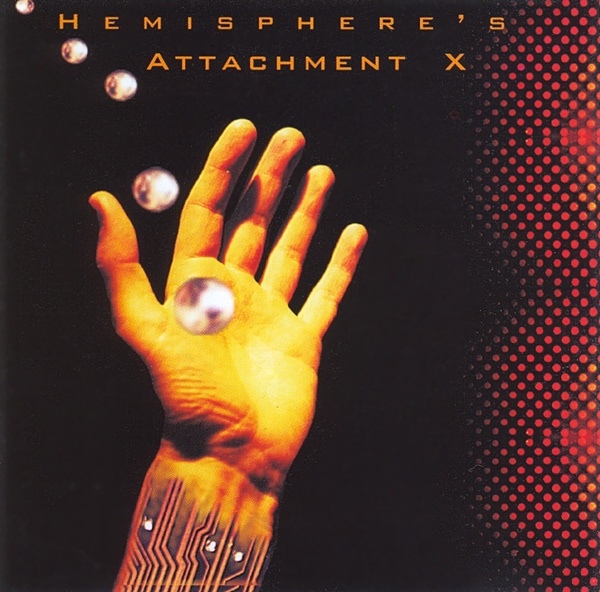 Hemisphere serves up another slab of dark shadowy theatrical ambience. Labeled “A Psychedelic Deep Ambient Soundtrack,” it is, I believe, all seeing light of day on CD for the first time, but is apparently a collection of new and old material mixed into a singular work. Each piece is simply labeled “Point One,” “Point Two,” and so on, the fourteen pieces mostly recorded in 2000 and 2001, but a couple are thrown in from years earlier. It all flows seamlessly into a cool gelatinous mass that catches a great groove. Beginning with Gregorian chant and dark flowing music, it shifts into high gear for “Point Two,” with a crushing beat and a variety of cool synth textures and hypnotic loops. “Point Three” shifts back to darkness, with haunting choirs and low, thick synth pads. This one is ominous, sad, with a unique beauty. Stuttering bass and beats start “Point Four,” and some very interesting vocal interplay goes on between two wailing voices, contrasted well with Thorsten Reinhardt’s gritty guitar. The doleful, earthy “Point Six” makes me think of Peter Gabriel’s Passion soundtrack. The emphasis tends toward darker atmospheric pieces, but just when it seems all is dank and musty, a rhythmic piece like “Point Nine” or a downright happy, light one like “Point Twelve” emerges – though the lighthearted beat is offset by the return of male chanting. Suffice to say it is a stirring concoction of darkness and light, floating and rhythmic. Psychedelic? Perhaps. Good? You bet.