Like many music lovers around the world, we’ve been thrilled and amazed to hear the recordings that have been released by MoonJune from sessions at La Casa Murada in Spain. Such label stalwarts as Mark Wingfield, Markus Reuter, Asaf Sirkis, Tony Levin, Dusan Jevtovic, Vasil Hadzimanov, and many more have gathered in various combinations at the studio to produce some of the most creative music in recent years. Now, label head Leonardo Pavkovic is offering a compilation, La Casa Murada - MoonJune Sessions, Volume One, as a fundraiser for upcoming sessions. 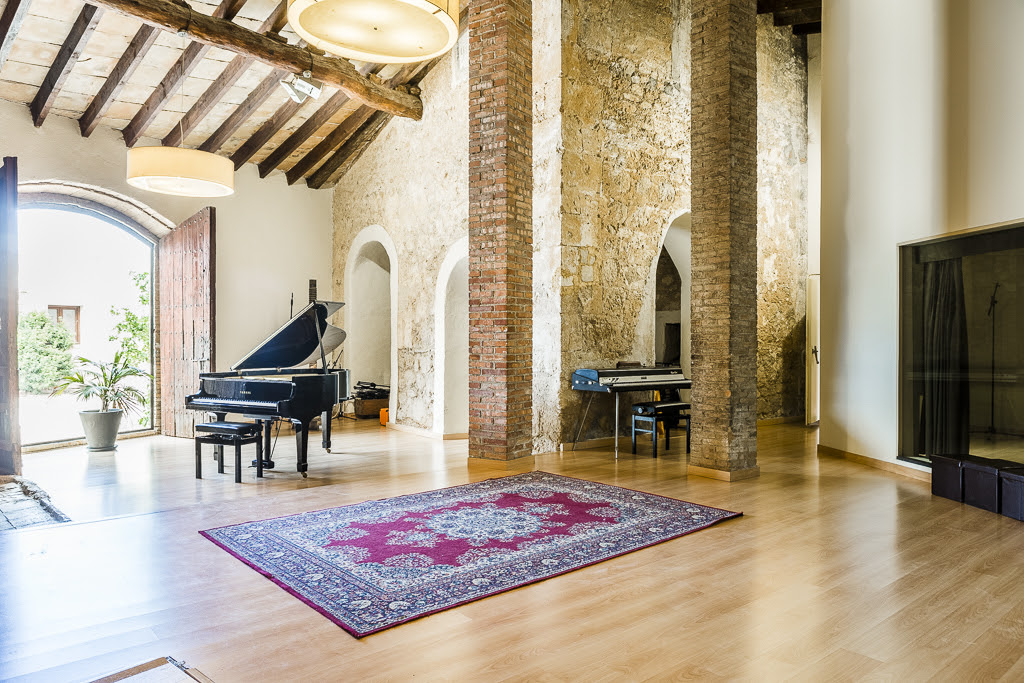 MoonJune Records is organizing 3 full days of sessions at the fabled La Casa Murada, a XII Century country house converted into a temple of music, located 1hr west of Barcelona, in the idyllic settings of the Catalan hinterland.

As you might imagine, there are expenses to rent the studio, some minor operational costs, plus there are flights for musicians: Mark Wingfield, David Cross and Asaf Sirkis are flying down to Barcelona from London, Markus Reuter is flying from Berlin Germany, Vasil Hadzimanov from Belgrade Serbia, Dennis Rea from Seattle USA, Fabio Trentinifrom Venice Italy, Boris Savoldelli from Bergamo Italy.

Your help is needed to raise funds for another gathering of great musical minds, and Your contribution is more than welcome.

...And nothing better exemplifies MoonJune’s enlightened opposition to a rapacious music industry than its annual series of collaborative summits at La Casa Murada recording studio in Spain… Altogether, the La Casa Murada sessions have generated five MoonJune releases to date, with a further five in the queue for this year and several more still in the vault. Some of the albums contain pre-planned musical pieces and credit a given leader, while more recent releases are largely the result of unscripted collective improvisation – though a listener might find it hard to believe that this extraordinary music was conjured up on the spot, so coherent is its narrative arc.

This year’s summit will include three days of recording sessions plus a concert in honor of Leonardo’s birthday, to be held May 17 at a venue in Barcelona. Check out the link below to buy the compilation, which includes nine tracks taken from eight albums recorded at La Casa Murada plus one previously unreleased track.