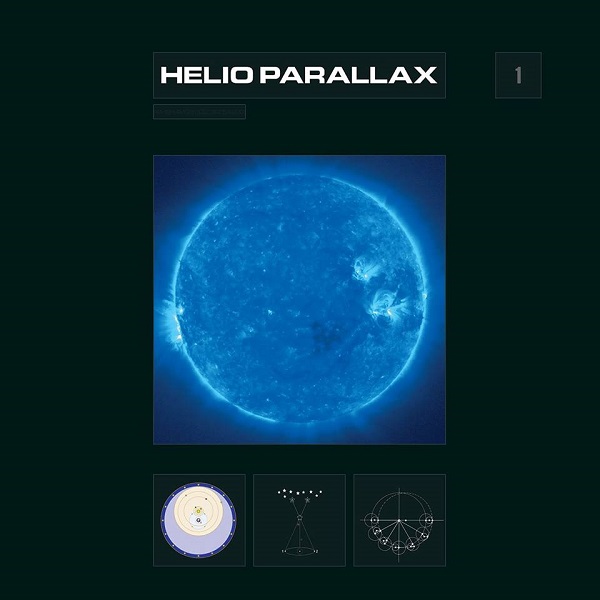 Somebody attached the phrase "Sci-Fi Dub Noir" to Helio Parallax, and it seems appropriate enough that I'll pass it along. If you'd like, picture a nightclub located in the sub-basement of a grimy building in the Los Angeles of Bladerunner. Lights flash from every corner, slicing patterns into thick mist, and from somewhere, from everywhere, comes music. It's what passes for jazz in this world, but it's been hybridized with more other strains of music than you can name. Much of the sound that meets your ears is electronic, but it all sounds handmade, produced by instruments cobbled together out of parts from other devices. A trumpet joins in, and various singers step up to a microphone somewhere in the mist to add their bits. All of the sounds are inputs to be manipulated elsewhere on the stage, if there is one out there somewhere. Helio Parallax is a project of Josh Werner (basses, guitar, keyboards), Takuya Nakamura (trumpet, keyboards), and Marihito Ayabe (effects, mixing), and they're joined by a number of guests providing vocals, horns, drums, and so on. At times, the music drifts off into realms of space dub, at other times doubles down on the beats and resembles an art-collage version of techno club dance. So surrender to the uncertainty and whatever's in the air. The person dancing next to you may be a replicant, but tonight it doesn't matter.

Autumn's Grey Solace - Ablaze – This may be a Projekt release featuring a female singer and guy playing all the instruments, but if you’re expecting another Dead Can Dance clone think again. Ablaze is a collection of 11 modern...  (2008) » Read more