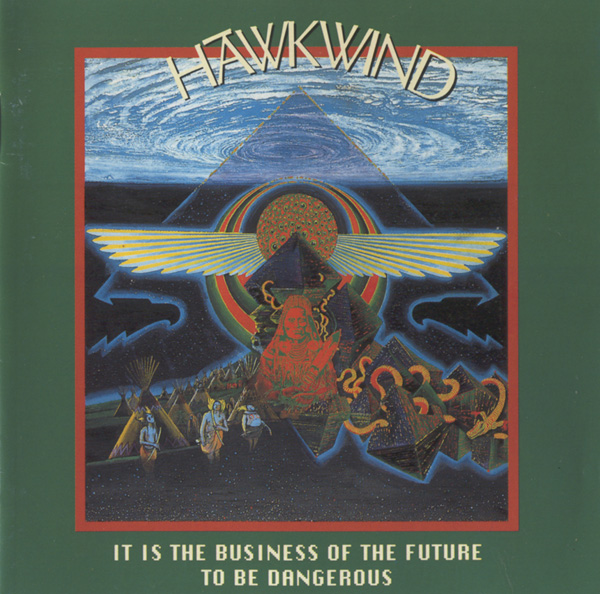 The latest incarnation of Hawkwind comprises Dave Brock, Alan Davey, and Richard Chadwick. It Is the Business... takes all but the most open-minded Hawkfan by surprise for one reason: It's so mellow. Someone must have switched their morning brew from lysergic tea to a quaalude blend. It's not until the fourth song, a good twenty minutes into the disc, that the group unleashes a sample of the forcefully intense music that Hawkfans have come to expect from these veterans of a thousand psychic wars. Roughly half of the disc is mellow by Hawkwind standards. Among the more energized songs is a tasty nine-minute piece titled "Let Barking Dogs Lie," in which Brock opens up on guitar. "Tibet Is Not China (Part 2)," "Letting in the Past," and "Gimme Shelter" are the other tracks that have a bit of zip. Two remakes stand out here: "Letting in the Past" is a nice remake of "Looking in the Future," a classic piece on Church of Hawkwind; the version of one of the Stones' hits is also worthwhile. "The Camera That Could Lie" is a first, as Hawkwind meets Bob Marley, musically speaking. This album is reminiscent of the mellow songs on Electric Tepee, the group's previous outstanding offering. Overall, although It Is the Business... is not as intense as Electric Tepee, it is still well worthwhile.