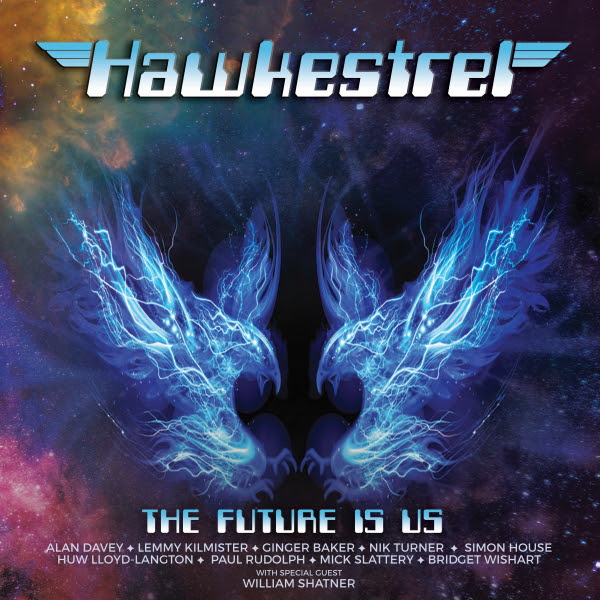 Hawkwind fans who haven’t been getting enough of the space rock they love from Hawkwind itself can rejoice in Hawkestrel, the latest project by long-time Hawkwind bassman Alan Davey. He’s joined by a cast of guests which includes many from within the Hawk family as well as outsiders. Usual suspects like Nik Turner, Simon House, Huw Lloyd-Langton, Paul Rudolph, Mick Slattery, Lemmy Kilmister, and Bridget Wishart make appearances, as do Ginger Baker and William Shatner. Even with all the guests, most of the instruments on many tracks are played by Davey himself (bass, synthesizer, drums, guitar, oud, and keyboards). The end result sounds very much like a Hawkwind album, and in comparative quality, I’d say it’s comparable to that band’s later work and a fair sight better than some of the lesser Hawkwind albums. There’s enough variety to stave off boredom, but enough consistency to hang together as a whole. Turner and House provide contributions that echo the classic sound, and many of the tunes are quite appealing. Shatner’s appearance is quite amusing — a cover of “Sonic Attack” (what else?) where Shatner’s delivery is a perfect match for the mood of the piece. The Future Is Us is a worthy addition to the Hawk family canon, and a darn fine slab of space rock.