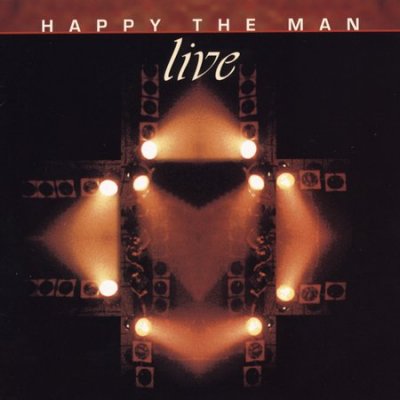 Although this live set would have been much more meaningful had it been released closer to when it was recorded in 1978, it stands today as evidence that this DC area quintet was as tight on-stage as their studio recordings might led one to believe: the performance here is gripping, spirited, and cohesive, drawing on material from their two Arista albums. Happy the Man's music could be described as a keyboard oriented synthesis of rock styles with a jazz sensibility leaning in the Canterbury direction, mostly instrumental (all instrumental on this set), with a penchant for the complex, highly melodic, occasionally quirky and musically humorous. With two keyboardists (Kit Watkins and Frank Wyatt, doubling on flute and saxes respectively), they were capable of a rich sound full of dramatics and emotion, tension and release. In short, light-years ahead of their time. The material here is taken from two performances: Most were recorded at the Cellar Door, Washington DC, with the balance taken from a show at Louie's Rock City in Falls Church, Virginia — although exact dates are not given. The recording quality is quite good, I think most would be surprised, especially given the wide dynamic range and overall low noise. Opening with "Service with a Smile," here the track gets added punch from guitarist Stanley Whitaker, they move on to "Starborne" and ten more tunes, some with an almost identical arrangement to their studio counterparts ("Morning Sun," "Hidden Moods") and some that are significantly different ("Knee Bitten Nymphs..." is given a whole new feel by drummer Coco Roussel, "I Carve the Chariot on the Carousel" is the full piece which was brutally edited in order to fit on the first album). Two outstanding tunes that missed the Retrospective (Best of) CD are here in glorified live versions: "Ibby It Is" and the ten-minute "Mr. Mirror's Reflection on Dreams." But by far, the standout here is the brilliant "Open Book," where all of the band's strongest instincts come together to assert their unique vision. Rarely can I say that a live album is as good an introduction to a band's music as their original studio recordings, but here it can be said without any uncertainty; for the longtime fan, this one's a must-have.