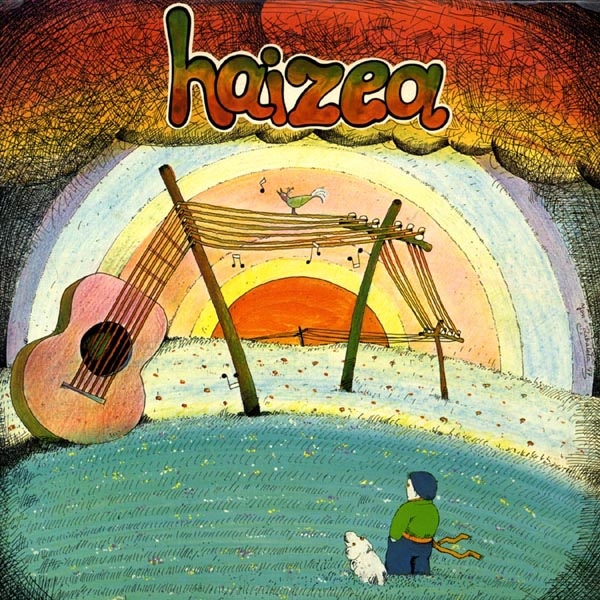 I had only recently checked out this Basque band's second effort, Hontz Gaua, which is a nice mix of gentle folk and almost Popul Vuh-like extended compositions. This disc disappoints in comparison, as it's entirely the former. Pentangle is not far from mind here, with a soft pretty female voice and an ever-so-slightly edgier male voice. Reminiscent as well are the acoustic guitar-based arrangements, the occasional contribution of double bass, and some minor, Bert Jansch-like string bending. Drums / percussion is usually some form of tapped hand drum and the occasional glockenspiel. Where Haizea differs is in the sameness of the compositions, a shortage of dynamic contrasts, a monotony of tempo, and an overall persistent sadness — or at least a lack of joy. Some very subtle effected electric guitar and looping effects appear on "Ura Ixuririk" and the 10-minute closer. The latter is the most engaging song on the disc, hanging in a softly psychedelic medieval arrangement for a time, but it's till very low key. An avid dedication to folk seems a requirement here, and I know some people who think rather highly of the disc. Frankly, I find it rather boring. Not bad for non-intrusive background music though.