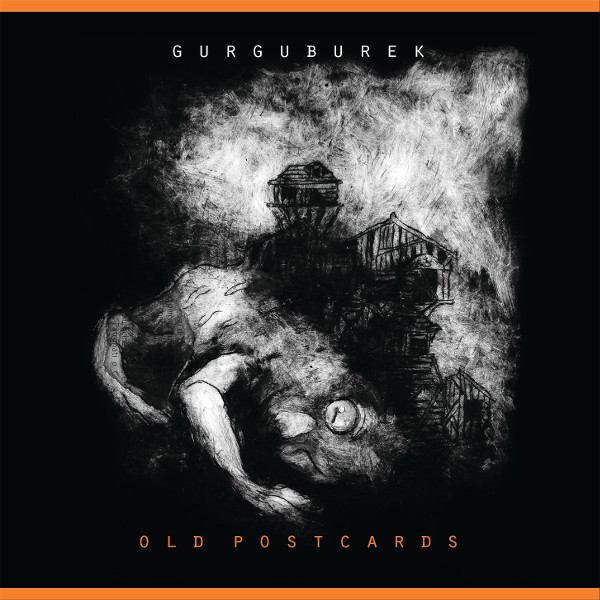 There seems to be a burgeoning international boom in improvisational music augmented by electronics, either live processing or after the fact. It ranges from the noisy like Premature Burial to more sparse like Bocci and Barbiero, and Gurguburek is another entry towards the sparse end of the scale, also featuring Cristiano Bocci, this time with woodwind player Tobia Bondesan. Much of the time, the source instruments are discernable in the sound: guitar, saxophone, wood flute. The music is not completely improvised, though it’s never thoroughly composed either. “God Save the Sax” is a simple composition consisting of a gospel-like melody repeated over and over loosely by a chorus of saxes and acoustic slide guitar, used as backing for improvisations and sampled voices. It’s a technique that has been used in jazz for decades as an alternative to standard chords and bass lines. Other tracks feature long passages of environmental sound mixed up with effects and voices, the conventional instruments providing only minimal input. The music does occasionally develop a beat, though never really involving normal drums or percussion, just a variety of odd electronic tones. “Across the Deserts of Persia” is the closest the duo comes to a conventional composition, with a loping groove and what sounds like a real hand drum backing layers of saxophones; near-static keyboards fill out the background, along with a multitude of odd noises. In spite of the weirdness of the processed sounds, the overall mood is often near meditative, with the skritches, echoes, and whatnot functioning almost as a drone. Old Postcards isn’t the kind of thing you’d want to listen to every day, but it strikes a good balance between order and chaos that works well when you’re in the right mood for it.