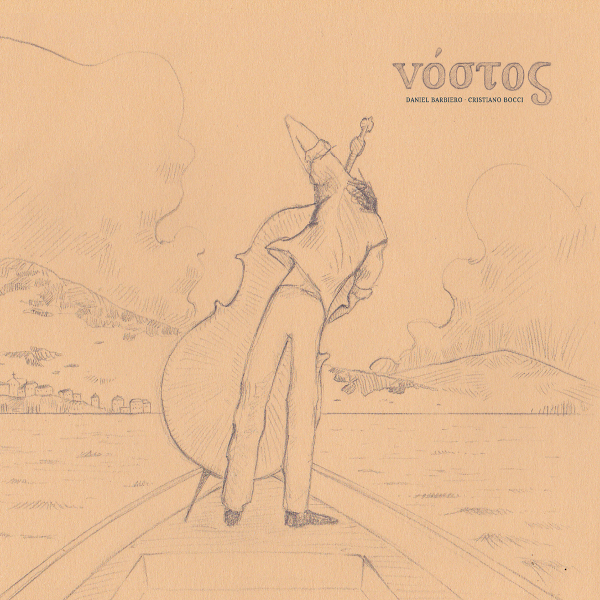 For this collaborative outing, Cristiano Bocci, who is a bass player, left the bass playing almost entirely to Daniel Barbiero. Bocci provides all manner of electronic processing to the sounds that Barbiero made, and much of the resulting sound is highly abstract, with bowed tones often recognizable, but often twisted and manipulated into obscure clouds of sound. Barbiero is an experimentalist himself, so he freely elicits all manner of noises from his instrument. Thumps, cracks, bow bouncing on strings, all become fodder for Bocci’s treatments. Sometimes, as on “Contrabbassi in Marcia,” the sounds are edited and looped into a rhythmic backing over which bowed notes float freely and are treated to buzzing distortion. At times, the electronics dominate, presenting misty washes of indistinct origin. Most of the eight tracks tend towards somber atmospheres and low tones, with the rich overtones from the bow providing the full sound we expect from the double bass. As is usually the case with recordings that rely heavily on processing, it’s hard to tell what started where, but we can leave that to the technical notes (if there were such things for Nostos). The set ends with “L'Ultimo Treno per Follonica,” where Bocci gets out his electric bass for a virtual duet with Barbiero’s recorded part, with relatively little electronic processing. It’s a meditative, restful way to end the proceedings after some of the strange noises that came before. Nostos should be of interest both to bass lovers and to listeners curious about the possibilities of processing, provided there’s a tolerance for the abstract.