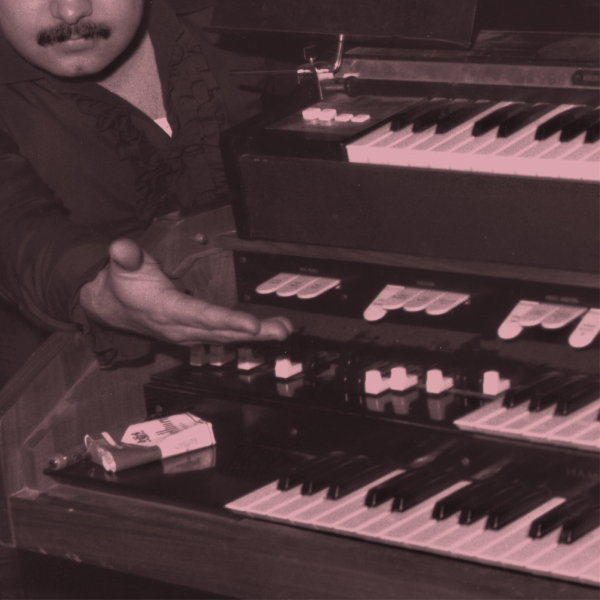 If you are looking for a fun-filled album of Turkish psych music, look no further than this 2019 reissue of Grup Doğuş’ 1975 cassette. Grup Doğuş was formed by brothers Tufan Aydoğan (nicknamed “Hammond Tufan, the Conqueror of all the Organs” by Barış Manço) and Muhittin Aydoğan (bass), both guestworker emigres to Germany in the 70s. Other members included Koray Dikmen (drums) and Sedat Ürküt (guitar and vocals). While performing in nightclubs they had the opportunity to record their self-titled cassette album of Anadolu Pop. This obscure album has been long unnoticed until now. The set of songs and instrumentals is raw, non-produced, and full of psych jam power and Hammond organ riffs. Though the song titles are Turkish and based on Turkish folk music, Grup Doğuş’ resulting sound is very Western, and in my opinion far superior to their Turkish contemporaries such as Barış Manço, Cem Karaca, Üç Hürel, and Selda. Though Hammond Tufan is no Keith Emerson, he can rock the instrument. Each track stands on its own with some interesting surprises. The instrumental break in “Ağlarsa Anam Ağlar” reminds me a bit of the extended break of “Light My Fire.” “Modern Oyun Havası” is an excellent cosmic instrumental. “Ölüm Allah'ın Emri” has a fantastic funky guitar and Hammond organ jam. “Namus Belası” is a cool psych rocker with continued excellent Hammond organ. And the album closes with another great Turkish funk instrumentatl “Karadeniz.” Kudos to Iron Hand Records for rescuing this album from obscurity!