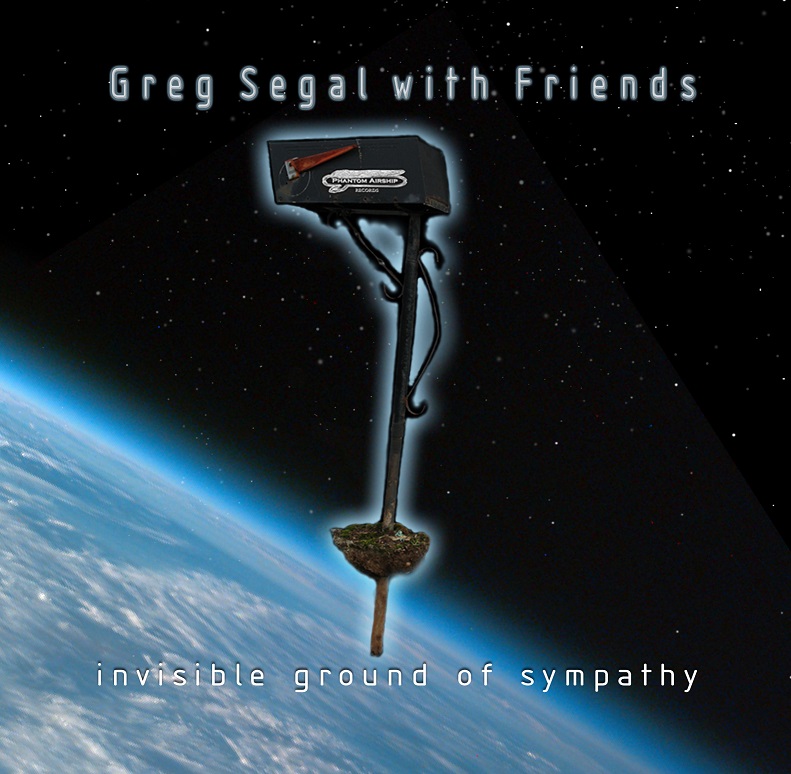 Have you ever listened to a disc where a couple songs in you have completely forgot what you are listening to? The ten tracks herein are so varied and dissimilar that one can easily be forgiven for getting lost in these woods. The mailbox on the CD cover tells part of the story; Segal invited ten of his musician friends to submit material for a potential collaboration (there may have been many more but only ten made the final cut), then to every piece chosen, Segal composed and added his parts – given that he’s a true multi-instrumentalist, that could vary widely from drums, keys, guitars, effects, or anything that appropriately complimented what was submitted. One thing to keep in mind is that these are all one-to-one collaborations, Segal and one guest, as opposed to something like Spirits Burning, where there are many different players all adding parts to the same cut.

The disc opens with a punchy number from former Muffin Dave Newhouse featuring six saxophone parts (three bari and three alto) and keyboard bass, to which Segal adds drums, percussion and lead guitar. Tres Gone’s Eric Hausmann contributes “Soft Jungle,” a percussive workout that takes an entirely different direction, to which Segal adds piano, kalimba and a ‘broken toy guitar.’ Next up is a collaboration with Bret Hart, as things get more and more experimental and strange, this is typically around where I start to forget what it is I’m actually listening to. With “Ein Pfund Fleisch” Jerry King’s two bass guitar parts are matched with Segal’s percussion, guitar, and an array of piano and keyboard sounds, offering some serious mix of groove and chaos. With Forrest Fang’s “Bell Epoque” we have the soothing mental massage of Fang’s trademark synth sounds versus percussion, kalimbas, piano, and recorder added by Segal. Next up is another experimental piece where Walter Whitney plays a drum machine through guitar pedals, Segal blanketing it in various synth sounds. The only vocals on the entire disc come with “Sensual, Artless, Beautiful” in the collaboration of mostly synths and vocoder with Charles Rice Goff III. With Don Campau a cauldron of screaming guitars and synths devolves into an interesting stop and go percussive groove, alternating with psychedelic guitars and synth groovation, making one of the most interesting pieces on the latter part of the disc. Kevin Hay’s contribution is more of an ambient circulation of sounds from synths and NI drum plug-ins for a healthy dose of weirdness. “Wicked Something” with Tom Stillwagon closes the set with an ascending dreamy synth groove to which Segal applies drums, bass and some blistering lead guitar. Nicely done, though a confusing album for sure, it wanders all over the map, but each piece is a gem that shines with originality and brilliance.