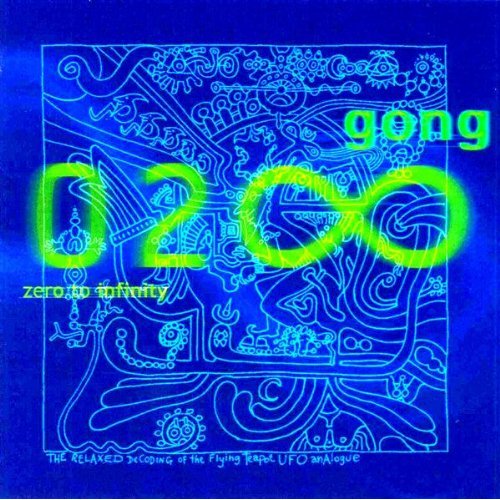 Gong returns with chapter five of the goofy trials and tribulations of the Zero the Hero and his zany cohorts. Daevid Allen has seen fit to keep the current European touring version of the band together, including Theo Travis (sax, keyboard, and co-composition) and new drummer Chris Taylor. Despite few lead guitar passages and a distinct de-emphasis of synthesizers, the arrangements have been superceded by an overt jazz direction which takes the band into deeper waters. “Magdalene” is the lead track in the continuing saga, which has been updated by leader Daevid Allen and serves as a kick-start to the disc. Didier Malherbe's role is shared this time out with Travis, from his use of doudouk and alternating alto and tenor sax solos. The rhythm section of Howlett and Taylor is surprisingly tight despite their short tenure together. Chanteuse, Gilli Smyth is also back on two tracks including the album's showcase piece, “The Invisible Temple,” where glissando guitar and bamboo flute leads into a funky groove with lead guitar from Allen himself. Bassist Mike Howlett's joint role as producer has helped give the eleven tracks a continuity and refined focus. Plus the full story, lyrics, musician credits and concept have been meticulously crafted by Allen. Overall the album follows a gamut of twists and turns and is a natural follow-up to the classic set of 70s recordings. Plus its certain to make my top ten list of the year since it seems to have found a home in my player for the last few months.