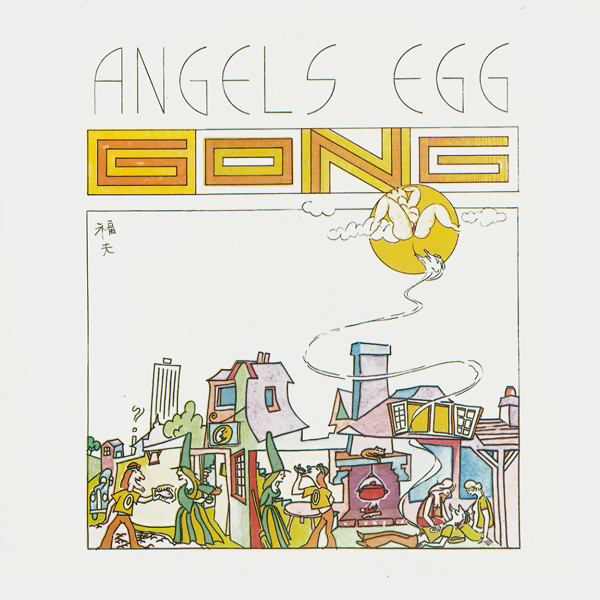 The pivot of the Radio Gnome Trilogy, Angel's Egg is one of the most fully realized parables of inner spirituality that ever came from the rock scene and perhaps the album where Zero the Hero is starting to realize a few things along his journey. Space rock, a genre that is now so prolific it's impossible to keep up with all of the releases, sits one of its two foundations here (the other is later Hawkwind), made possible by the groundbreaking synthesizer work of Tim Blake and the guitar playing and writing of Steve Hillage. Primary here was Allen's brilliant lyrics towards the beginning of the first suite, Zero encountering the fear caused by nascent and limiting beliefs, and the overcoming of such, and then later, written by Gilli Smyth, the encounter with the divine feminine with "Prostitute Poem" and "Selene." But these diverse shades are only a preliminary to what is one of the best LP sides in music, as the band "glid" down the "Oily Way" into a great suite and then a series of songs that show Gong could write pop with the best of them. Just like the other two entries in the trilogy, one keeps coming back to the way this story is crafted; on the surface it's like zany science fiction, but the metaphors just seem to shadow an apprehension and retelling of the stories of the esoteric that go back hundreds of years. And this is an approach that would not have been successful if such a fantastic band hadn't been put together to tell it. Don't forget to eat that phone book!