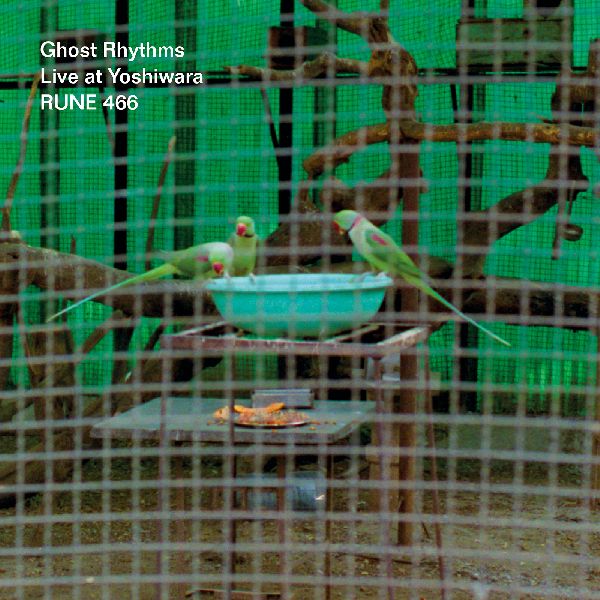 There are bands operating in the avant-jazz realm that are all-out crazy energy all the time. Then there are bands like Ghost Rhythms that are more subtle and subversive, lulling listeners into a sense of familiarity with the music and gradually building up to something outside mainstream expectations, so you might not notice how different they are all at once. Live at Yoshiwara starts with a gradual fade-in of not-quite-distinguishable voices and distant notes, then a meditative solo of slow chords. “Maohee” blends an insistent bass line slightly reminiscent of Magma with melodies and chords from a variety of instruments including accordion, bari sax, cello, and guitar. It’s a little outside the box, but not far off from something Snarky Puppy might come up with. On “La Chose” we get a funky rhythm that adds rhythmic layers which hint more at polyphony than R&B, though it isn’t until two-thirds of the way through the piece when interlocking parts hinting at math-rock and Philip Glass work into the mix. With “Nattes” they delve further into Glassy territory with offset rhythms on piano, cello, accordion, and alto sax that combine into an ever-changing tonality that gradually morphs into something more energetic and melodic. Ghost Rhythms presents music which is rhythmically complex but doesn’t hit you over the head with that complexity. Their method is more subtle, and has features in common with Claudia Quintet. I also have to note that I really love the listed recording locations and dates in the credits: “Recorded at Eden Habez’ place, Hollywood, April 15, 1972”; “Recorded at Cabaret Voltaire, Zurich, February 10, 1916”; “Recorded in Tumuc-Humac, Surinam, January 24, 2123”; and so on. ( The actual credit reads “Recorded live by Maxime Lefèvre (Claudia Sound) at Les Frigos in Paris on December 14, 2019.”)