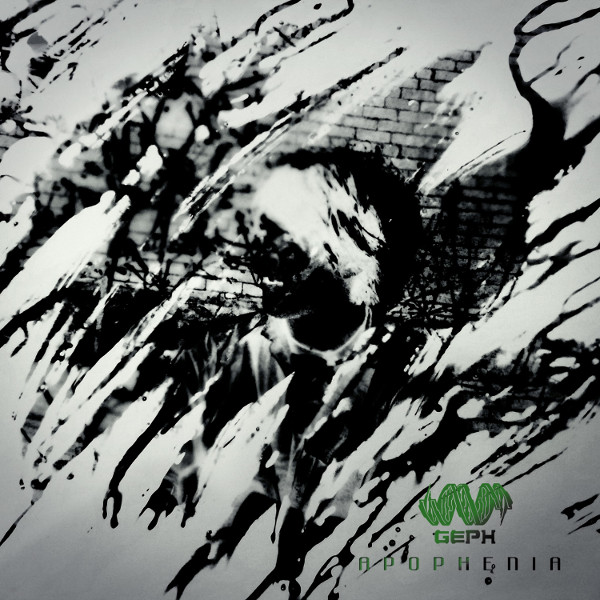 Emmett Chapman invented his Stick back in the mid-70s, and for the majority of the time since then, it’s been somewhat of a rarity in music outside a small community of enthusiasts. But the idea of a many-stringed tapping instrument seems to have really been catching on in the last few years, with more notable players releasing music every year. Much of that, of course, has been in the broad category of progressive rock, spilling over into metal and other flavors of rock. GEPH retains the same personnel and instrumentation from their 2016 debut album (Josh Goldberg and John Tyler Kent on Sticks and Josh Merhar on drums), and musically, Apophenia is a direct development from there, taking all the features that made it work and notching them up. It is to their credit that they don’t sound like another tapping trio, even though they incorporate some of the same elements in their music. They’ve got some heavy moments like “Macroaggressions” and “Whole Body Headbang” (though the latter also features quieter sections), but they can also dial it way down to produce beautiful pieces like “Little Guy,” which features some lovely volume-pedal action and shimmering echoes. Several tracks feature tones that, through a combination of playing technique and effects, vividly evoke keyboards, sometimes electric piano and sometimes overdriven organ. The middle section of “Get Your Insignificance On” features a lead line that really reminds me of a Dave Stewart distorted organ part (like on “The Yes No Interlude” from The Rotters’ Club). Another thing they do very well is vary the way the two Stick parts interact. Chords behind melody, repeating motifs behind melody or long notes, two melodies working off of each other, bass part and chords against ambient washes — all these and more go into making up the album. Unlike many bands in the instrumental rock sphere who are all intense all the time, GEPH knows how to provide contrast and balance their tension with some release. Apophenia is recommended for fans of Herd of Instinct, Stick Men, Spoke of Shadows, and the like.

The Jeremy Cubert Project - From A to B – Back in Exposé #18, I reviewed the first Psycho-Audible release, Alpha Centauri by Zapotec. This Psycho-Audible disc features the same key players: guitarist Bill Curtis, violinist Anna...  (2001) » Read more