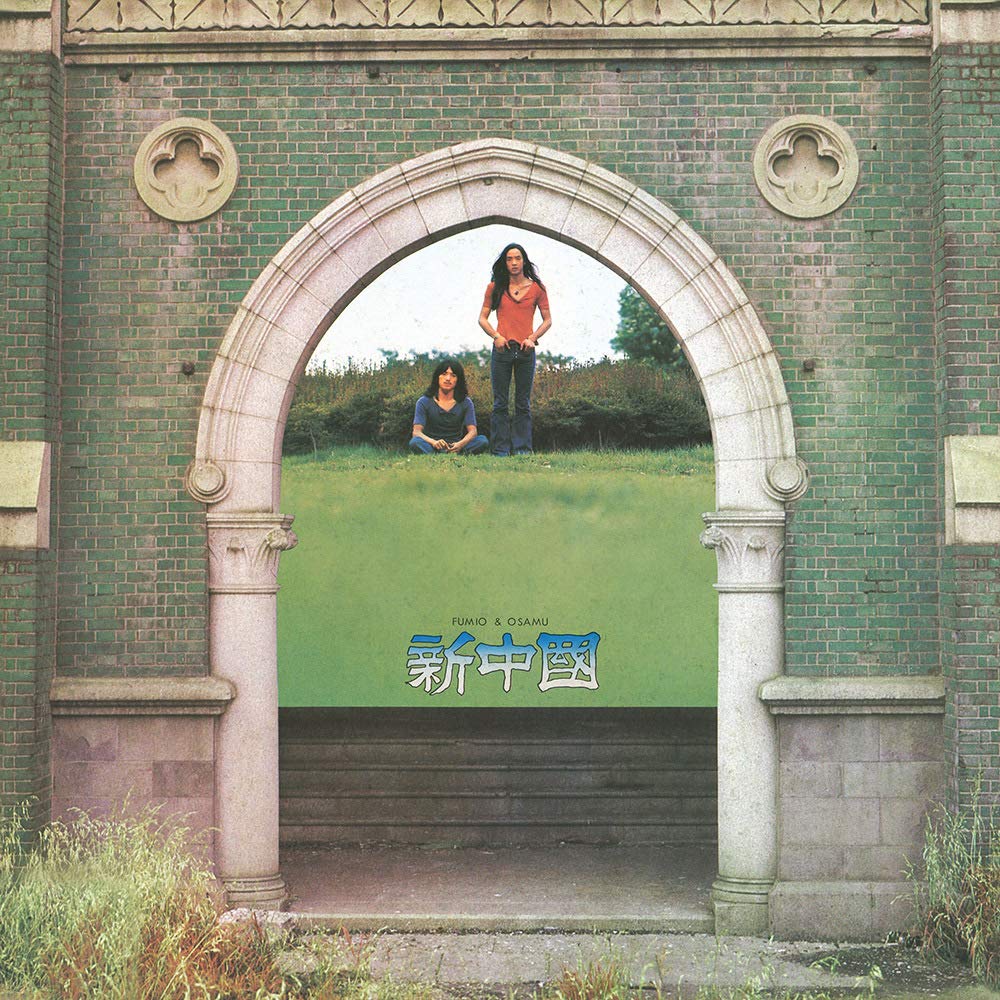 Long out of print, finally reissued in early 2020, Shinchugoku makes a case for being the missing link between Osamu Kitajima’s “Justin Heathcliff” period (the name which he recorded under in England in 1971) and his later, better known material recorded under his own name, though one may observe that this album, a collaboration with multi-instrumentalist Fumio Miyashita of Far Out (later Far East Family band), has really few similarities with either the Justin Heathcliff self titled debut that came before it, or Osamu’s first album proper Benzaiten that came a few years after – or Far Out’s only album for that matter. Most of the nine songs here could be described as gentle folk-pop not unlike some of The Beatles last releases, or perhaps some of the US singer-songwriter material from the early 70s, built up using acoustic and electric guitar, piano, organ, recorder, bass, and drums (the latter played by Manami Arai of Far Out), with occasional sitar deployment (courtesy of bassist Kei Ishikawa) informing some of the material with a psychedelic feel. Many of the melodies throughout are clearly of Japanese origin, underscored by the Japanese lyrics (lead vocals are by Fumio, while the others provide backing vocals), while Western melodies abound as well, giving the whole set a clear hybrid feel. There are some Japanese instruments employed here as well, but not to the degree that Osamu would take them on later releases. Cuts like “Paimonyu,” “Ketsumazutemo,” and “Ronshuiko” are gentle workouts, beautifully melodic, yet offering the most evidence of Western stylistic influences, while “Kenchokunchantan” and “Monchauni” hint at the road that Osamu would take in his next endeavors. The opening section of closing track “Tohoko” is another matter altogether, the most out-of-character bit of the entire album, a punchy hard rock piece that sounds like an homage to Mountain or Cream, but it too settles down into an acoustic guitar based folksy tune with piano and vocals. This reissue is available two ways, as a stand-alone CD, or as part of a boxed set with Osamu’s next four albums Benzaiten, Osamu, Masterless Samurai, and Dragon King, all worthwhile releases, although the box set contains little in the way of documentation that wasn’t on the original album releases.

Distant Dream - A New Beginning – Here’s something out of left field: a big concept album from a new, unknown band. And in this context, “concept album” should be taken as something more like I, Robot (or even Phantom of the...  (2006) » Read more