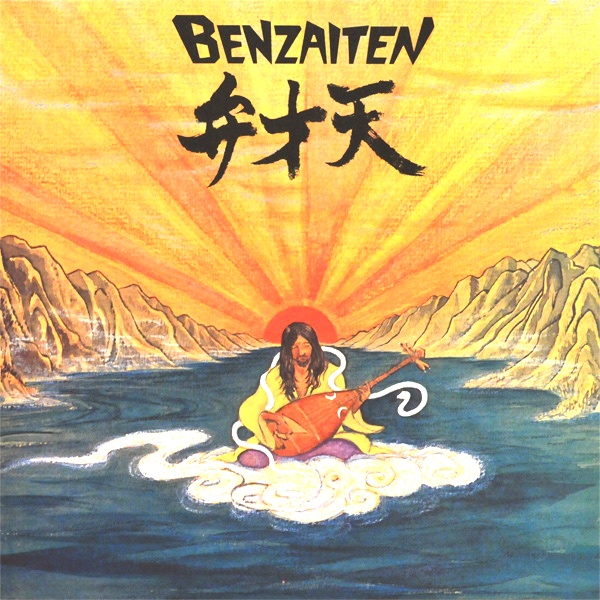 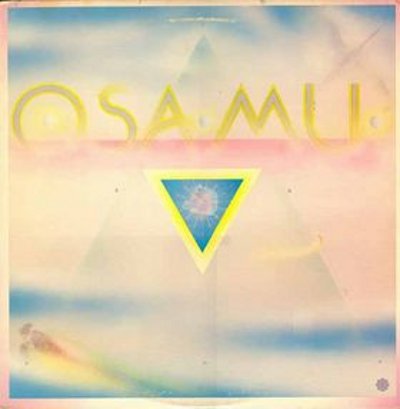 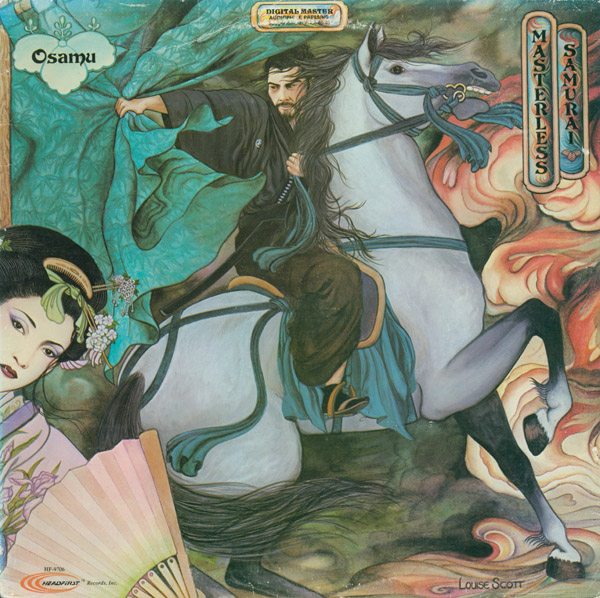 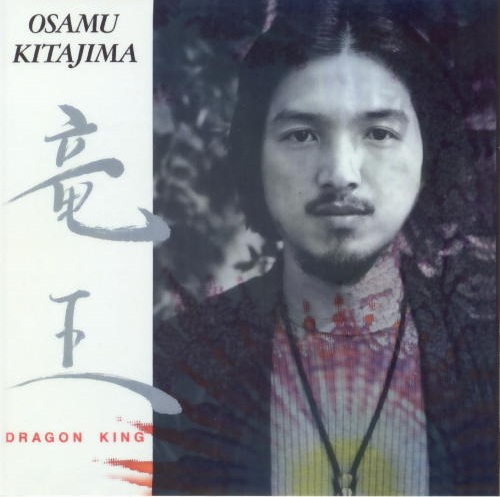 After spending much of the 60s in the successful Japanese rock band The Launchers, Kitajima moved to to the UK and worked with a number of British bands, and released a very obscure self-titled album under the name Justin Heathcliff. After his time in England, he moved back to Japan and began three years of intense study of Japanese traditional music. From that, and his continued interest in rock music, came the first album released under his own name, Benzaiten.

There is nothing else quite like Benzaiten, a fusion of progressive and psychedelic rock with Japanese traditional music. For this endeavor, a fairly large lineup was assembled, featuring electric guitar, bass, electric piano, several percussionists playing traditional Japanese hand drums, sticks and bells, shakuhachi (traditional wooden flute), and Kitajima himself playing biwa, a traditional acoustic four-stringed lute. Vocals are featured on most of the cuts, although they seem more like chanted prayers than anything remotely Western. In addition, in the background of most of the five cuts, there are additional voices (shouting, spoken, and hooting) adding to the mystery of the music at hand. The title track opens the album with a hard-rocking introduction that sets the tone for all that follows. "Taiyo" begins as a more introspective piece, with a long lead-in on a traditional reed instrument (organ) that could be mistaken for a synthesizer (and synthesizer does make an appearance later in the cut), and a prominent role for shakuhachi and acoustic guitar throughout the vocal section, after which the song morphs into a slow paced psychedelic rock spectacle. Then comes the brilliant "Tengu – A Long Nosed Goblin," offering a hard-rocking fusion of the traditional, psychedelic and progressive; the song switches gears and changes pace in the middle, building up slowly to a powerful conclusion where shakuhachi melodies are overlaid on a churning rock, grinding away below the surface. And that’s just the first side of the original album. "Benzaiten (Reprise)" is a longer, more acoustic version of the title track with the biwa in the fore, clocking in at well over eleven minutes. The closer, "Whoma – Immortality," is a very experiential and introspective multi-sectional suite, performed live. This unique and amazing album is a most welcome reissue, and should be heard by all.

Fast forward several years, and Osamu had relocated to Los Angeles. I was fortunate enough to see a rare live performance at the Geary Theater in San Francisco in 1976 (opening for the Greg Kihn Band, no less); expecting a run through of the Benzaiten album, I was surprised that almost all the material performed was unfamiliar to my ears. In fact it was a run-through of the material for his 1977 sophomore release Osamu, at that time recorded, but not yet released. The East-West fusion is still very much intact, but the more aggressive psychedelic rock elements are often replaced with a more contemporary jazz angle ("Elemental Spirits," "Hear the Rain, See It Fall"), or touches of funk ("Fur, Fin and Feather," "Frost Flowers," "Purple Hills and Crystal Streams"), though everything is still very much informed by Japanese traditional music, in varying degrees. The album's standout is its only vocal track, "Yesterday and Karma," featuring the amazing voice of the late Minnie Ripperton, sounding almost like a synthesizer when she reaches her highest notes.

For his next release, Osamu had switched from the British Island label to Headfirst Records in the USA. It was around this time that he was starting to get involved more in soundtrack work – I recall his unmistakable contributions to the soundtrack of the popular American TV miniseries Shogun. Masterless Samurai consists of ten cuts in the three-to-five minute range, very much a continuation of the contemporary jazz meets Japanese traditional elements that were explored on Osamu. There are also many introspective moments that tie things together nicely. A number of cuts ("Floating Garden," "Wild Monk," and "Sei - Essence" among them), while still bearing the strong influence of Japanese tradition, sport a more smooth, lighter sound, some even featuring orchestration. Others ("Golden Mean," "Breath of Night," and the title track) maintain the edginess of his earlier work. There are no vocals here, just a lot of very memorable melodies, mystical moods, and excellent playing throughout.

By 1979's Dragon King, released on Arista, Osamu was beginning to explore the possiblities of incorporating pop and soul into his mix; the album is roughly split between instrumentals and vocal tracks, and while there are still solid Japanese traditional elements present in all of its seven cuts, this one is clearly the beginning of a new direction for his music (that would culminate in his pop/soul album Face to Face from 1981, then be abandoned in favor of a more orchestral / new-age direction). After getting past the heavily orchestrated opening instrumental "Hot Strings Invasion," Dragon King features some real gems, both among its instrumentals and vocal pieces. Of the vocal tunes, "Yamame" and "Willow Pattern" offer a gentle sound embellished with beautiful female vocals, the latter not unlike the aforementioned "Yesterday and Karma." "Share My Love" is a foray into the world of soft soul jazz pop, enhanced by traditional Japanese instrumentation and featuring an oustanding female singer (and backing vocalists as well); I absolutely love that song, but others' mileage may vary. The standout instrumentals include "Lake Spirit" and the title track – both are orchestrated, but not overdone.

There's a lot of excellent music here. Definitely begin with the essential masterpiece Benzaiten, and then feel free to work your way forward.