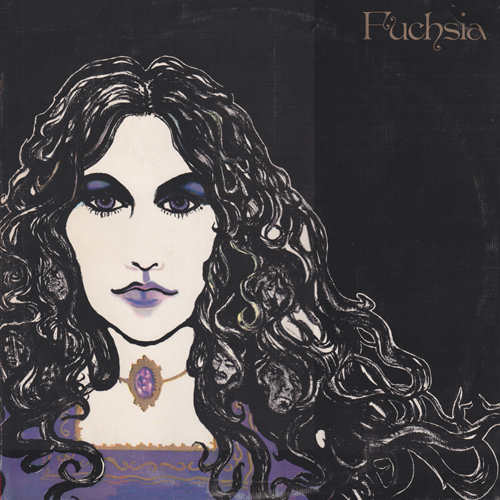 While Tony Durant (guitars and vocals) was a student at Exeter University in 1970, he and his mates Michael Day (bass guitar) and Michael Gregory (drums and percussion) decided to form the band Fuchsia, named after a pivotal character in Mervyn Peake’s Gormenghast trilogy. In order for Tony to explore his creative musical ideas they added Janet Rogers (violin and backing vocals), Madeleine Bland (cello, piano, harmonium, and backing vocals), and Vanessa Hall-Smith (violin and backing vocals). Fuchsia recorded their one self-titled album in 1971 and because their manager failed to follow through with a promised tour, album sales were abysmal and they disbanded. Tony then moved to Australia to become a family man and Fuchsia disappeared into the mists of time. It was ill-fated that bad management led to the demise of the band as Fuchsia is a lost gem from the progressive folk-rock era. In 2005 Italian record label Nightwing contacted Tony and explained that Fuchsia had achieved major cult status and that they wanted to reissue the album on CD. This reissue, combined with recording the vocals on Me and My Kites’ FdM single, brought Tony out of retirement and now in the summer of 2014 he is touring Europe with Me and My Kites.

Now to Fuchsia itself. After listening to it, the music deserves all of the attention it has received over the internet. This is progressive folk rock, combining elements of Fairport Convention, psychedelia, and classical music. Tony has a beautiful tenor voice that, in combination with the psychedelic music, draws some immediate comparisons to Arthur Lee and Love’s quieter moments. Adding the string trio to the band was a masterstroke in 1970. In the 70s many record producers felt that it was a good idea to augment the recordings with the “1001 Strings” to make songs more palatable. In most cases, the strings tended to overpower the music and subtract from the recording. Not so with Fuchsia. The three ladies, Janet, Madeleine, and Vanessa, provided a great accompaniment to Tony’s compositions and many times extended them with some beautiful and energetic violin solos. Overall the nine tracks on this album are intelligent, lyrical, and melodic, as well as fairly long for 1971: five to eight minutes, which put Fuchsia on the cutting edge here as well. Even though this album has been reissued on CD, it is still difficult to track down. But if you have the opportunity, do not pass on this album.