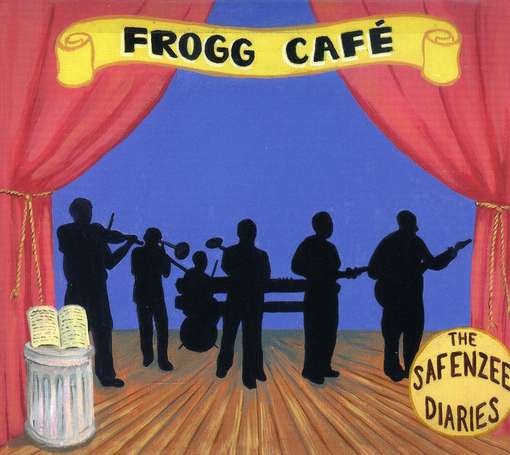 First things first. This is one of the absolute best sounding live albums this writer has heard, made even more surprising because nearly every track across the 2CD set was recorded at a different time in a different venue, yet the result is an amazingly consistent sound quality throughout. For anyone who's been living in a cave for the last seven years, Frogg Café is a group of extremely talented and diverse multi-instrumentalists, usually numbering six, who seem to draw their influence from Zappa, Gentle Giant, Mahavishnu, early Steely Dan, Happy the Man, and the general realm of 70s progressive rock. Yet that's not to say they sound like any of the aforementioned — they're clearly doing their own thing and creating something fresh and new. Compositionally, these guys are way ahead of the game; every one of the fourteen songs here — some drawn from their previous four studio albums and several new ones to boot, display an advanced sense of musical adventure, twining through complex labyrinthine ideas effortlessly. Their palette includes trumpet, electric violin, flugelhorn, trombone, plus the standard g/b/k/d. Some of the intense instrumental jams that these longer cuts encompass are positively breathtaking, especially some of the dual violin flights; given that the average track is around 8 to 12 minutes, there's a lot of room available for stretching out. Four members supply the vocals (plus one guest), which are not big on flashy multi-part harmonies, but they get the job done, and the different voices offer some additional variety. Anyone new to Frogg Café would do well to start with this outstanding live set.

Ozric Tentacles - Vitamin Enhanced – This six-CD set contains the early works of the band from the years 1984-89, heretofore only available on six cassettes that together cost more than this boxed set. For those not yet familiar with the...  (1994) » Read more